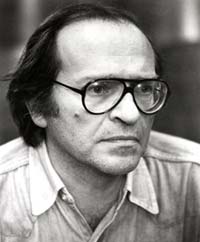 Sidney Lumet, a director who preferred the streets of New York to the back lots of Hollywood and whose stories of conscience — “12 Angry Men,” “Serpico,” “Dog Day Afternoon,” “The Verdict,” “Network” — became modern American film classics, died Saturday morning at his home in Manhattan. He was 86.

His stepdaughter, Leslie Gimbel, said the cause was lymphoma.

“While the goal of all movies is to entertain,” Mr. Lumet once wrote, “the kind of film in which I believe goes one step further. It compels the spectator to examine one facet or another of his own conscience. It stimulates thought and sets the mental juices flowing.”

Social issues set his own mental juices flowing, and his best films not only probed the consequences of prejudice, corruption and betrayal but also celebrated individual acts of courage.

In his first film, “12 Angry Men” (1957), he took his cameras into a jury room where the pressure mounted as one tenacious and courageous juror (Henry Fonda) slowly convinced the others that the individual on trial for murder was in fact innocent. (Justice Sonia M. Sotomayor of the United States Supreme Court said the film had an important influence on her law career.)

Almost two decades later, Mr. Lumet’s moral sense remained acute when he ventured into satire with “Network” (1976), perhaps his most acclaimed film. Based on Paddy Chayefsky’s biting script, the film portrays a television anchorman who briefly resuscitates his fading career by launching on-air tirades against what he perceives as the hypocrisies of American society.

The film starred William Holden, Faye Dunaway and Peter Finch as the commentator-turned-attack-dog whose proclamation to the world at large — “I’m mad as hell and I’m not going to take this anymore!” — became part of the American vernacular.

Yet for all the critical success of his films and despite the more than 40 Academy Award nominations they drew, Mr. Lumet himself never won an Oscar, though he was nominated four times as best director. (The other nominations were for “12 Angry Men,” “Dog Day Afternoon” and “The Verdict.”)

Only in 2005 did the Academy of Motion Picture Arts and Sciences present him with an honorary Academy Award. Manhola Dargis, writing in The New York Times, called it a “consolation prize for a lifetime of neglect.”

In 2007, in an interview that was videotaped to accompany this obituary online, Mr. Lumet was asked how it felt to win an Academy Award at long last. He replied, “I wanted one, damn it, and I felt I deserved one.”

That he was more a creature of New York than of Hollywood may have had something to do with his Oscar night disappointments. For Mr. Lumet, location mattered deeply, and New York mattered most of all. He was the quintessential New York director.

“Locations are characters in my movies,” he wrote. “The city is capable of portraying the mood a scene requires.”

He explored New York early on in “The Pawnbroker” (1964), the story of a Holocaust survivor (Rod Steiger), numbed and hardened against humanity by the horrors he has endured, who deals with racketeers in his Harlem pawnshop until his conscience is reawakened by a vicious crime on his doorstep.

The city loomed large in Mr. Lumet’s several examinations of criminal justice system. Police corruption particularly fascinated him, beginning with “Serpico” (1973). The film, based on a book by Peter Maas, was drawn from a real-life drama involving two New York City police officers, David Durk and Frank Serpico, who told David Burnham, a reporter for The New York Times, that they had ample evidence of police graft and corruption.

Publication of their story led to the mayoral appointment of a commission to investigate the charges and ultimately to major reforms. Both the book and the film concentrated on Detective Serpico, played by Al Pacino, and his efforts to change the system. Mr. Pacino’s performance brought him an Oscar nomination.

Mr. Lumet returned to the theme in 1981 with “Prince of the City,” for which he shared screenwriting credit with Jay Presson Allen. Based on the book by Robert Daley, the film dealt with an ambitious detective (Treat Williams) who goes undercover to gather evidence for an investigative commission and who winds up alienated and alone after being manipulated into destroying the lives and careers of many of those around him. Even the teeming cityscape has turned barren.

Mr. Lumet focused on criminals, rather than police, in “Dog Day Afternoon” (1975), telling the story (again based on fact) of a botched attempt to rob a Brooklyn bank. Mr. Pacino again starred, this time as Sonny, the leader of an amateurish gang of bank robbers whose plans go awry and who winds up taking hostages and demanding jet transport to a foreign country. It turns out that Sonny, although he has a wife at home, had planned the robbery to pay for his boyfriend’s sex-change operation. In 2009 the film was added to the National Film Registry by the Library of Congress.

New York, or at least a fantasy version of it, was even the backdrop for Mr. Lumet’s most uncharacteristic film, “The Wiz,” his 1978 musical version of the “The Wizard of Oz” starring Michael Jackson and Diana Ross. Roundly panned, it was also a box-office failure.

By the time he finished shooting “Night Falls on Manhattan” in 1996, Mr. Lumet had made 38 films, 29 of them on location in New York City. That film, written by Mr. Lumet and based on another Daley novel, “Tainted Evidence,” once again looked at the justice system as it moved from a shootout with drug dealers into a revealing courtroom trial.

The courthouse was one of Mr. Lumet’s favorite arenas for drama, beginning with “12 Angry Men.” He returned to it again in “The Verdict” (1982), with a screenplay by David Mamet and a cast led by Paul Newman as a down-at-the-heels lawyer who redeems himself and his career when he represents a malpractice victim in a legal battle with a hospital.

But his concerns could also range more broadly, to issues of national survival itself. One of the most sobering films of the cold war era was his 1964 adaptation of Eugene Burdick and Harvey Wheeler’s novel, “Fail-Safe,” a taut examination of the threat of accidental nuclear war with Henry Fonda as the president of the United States and a young Larry Hagman as his Russian-speaking interpreter. The film concluded with a harrowing suggestion of an atomic blast on American soil, rendered as a series of glimpses of ordinary life — children playing, pigeons taking wing — simply stopping. The scenes were from the streets of New York.

Sidney Lumet was born on June 25, 1924, in Philadelphia. His father, Baruch, an actor, was born in Poland and moved his family to New York when Sidney was a baby and joined the Yiddish Art Theater. By the time he was 4, Sidney was appearing onstage with his father, and he went on to make his Broadway debut in 1935 as a street kid in Sidney Kingsley’s “Dead End.” He appeared in several more Broadway shows, including Maxwell Anderson’s “Journey to Jerusalem” in 1940, in which he played the young Jesus.

After wartime service as a radar technician in the Far East, Mr. Lumet returned to New York and started directing Off Broadway and in summer stock. His big break came in 1950 when he was hired by CBS and became a director on the television suspense series “Danger.” Other shows followed, including the history series “You Are There.”

His career soared in 1953 when he began directing original plays for dramatic series on CBS and NBC, including “Studio One,” “Playhouse 90” and “Kraft Television Theater,” eventually adding some 200 productions to his credits. He also returned to the theater to direct Albert Camus’s “Caligula,” with Kenneth Haigh as the Roman emperor, and Shaw’s “Man and Superman,” among other plays.

Among the highlights of Mr. Lumet’s television years were a full-length production of Eugene O’Neill’s play “The Iceman Cometh,” with Jason Robards as the salesman Hickey and “12 Angry Men,” which he directed for television before turning it into his first film.

Some of Mr. Lumet’s early films had their origin in the theater. He directed Anna Magnani and Marlon Brando in “The Fugitive Kind” (1960), an adaptation of Tennessee Williams’s play “Orpheus Descending”; he traveled abroad to film part of Arthur Miller’s “View from the Bridge” (1962) in Paris, with Raf Vallone, Maureen Stapleton and Carol Lawrence, completing the film on the Brooklyn waterfront; and he returned to the world of O’Neill to film “Long Day’s Journey Into Night” (1962), with Katharine Hepburn and Ralph Richardson as the tormented Tyrones. His 1968 adaptation of Chekhov’s “Sea Gull,” however, was generally deemed uneven despite a stellar cast that included James Mason, Simone Signoret and Vanessa Redgrave.

A trainload of stars turned out for Mr. Lumet’s 1974 adaptation of Agatha Christie’s “Murder on the Orient Express,” a project that took him abroad again, this time to Britain, France and Turkey, to film the famous whodunit in which the detective Hercule Poirot (Albert Finney) must single out a murderer from a crowd of suspects that included Lauren Bacall, Ingrid Bergman, Sean Connery and John Gielgud.

There was a run of less than successful films, including “Running on Empty” (1988), with Judd Hirsch and Christine Lahti as ’60s radicals still in hiding from the F.B.I. 20 years after participating in a bombing; the police drama “Q & A” (1990), with a screenplay by Mr. Lumet, about a racist New York detective (Nick Nolte); and “Critical Care” (1997), a satiric jab at the American health care system.

In 1995 Mr. Lumet published a well-received memoir, “Making Movies,” in which he summed up his view of directorial style: “Good style, to me, is unseen style. It is style that is felt.”

In 2001 he returned to television as executive producer, principal director and one of the writers of a new courtroom drama for cable television, “100 Centre Street” (the title was the address of the criminal court building in Lower Manhattan). The series, which ran for two seasons on A&E, had an ensemble cast with Alan Arkin as an all-too-forgiving judge known as Let-’em-Go Joe.

The director seemed immune to advancing age. Before long, he was behind the camera again. “Find Me Guilty” (2006), which starred Vin Diesel, was a freewheeling account of the events surrounding the federal prosecution of a notorious New Jersey crime family.

And he marked his 83rd year with the 2007 release of his last feature film, “Before the Devil Knows You’re Dead,” the bleakly riveting story of two brothers (Philip Seymour Hoffman and Ethan Hawke) propelled by greed into a relentless cycle of mayhem. The film drew raves, and some critics thought he deserved a fifth Oscar nomination for his directing.

Mr. Lumet’s first three marriages, to the actress Rita Gam, Gloria Vanderbilt and Gail Jones, the daughter of Lena Horne, ended in divorce. He married Mary Gimbel in 1980. She survives him. Besides his stepdaughter, Ms. Gimbel, he is also survived by two daughters he had with Ms. Jones, Amy Lumet and Jenny Lumet; a stepson, Bailey Gimble; nine grandchildren and a great grandson. Mr. Lumet also had a home in East Hampton, on Long Island.

Ms. Dargis called Mr. Lumet “one of the last of the great movie moralists” and “a leading purveyor of the social-issue movie.” Yet Mr. Lumet said he was never a crusader for social change.

“I don’t think art changes anything,” he said in The Times online interview. “I think we are primarily camp followers. We’re not in advance of anything.”

So why make movies?, he was asked.

“I do it because I like it,” he replied, “and it’s a wonderful way to spend your life.”