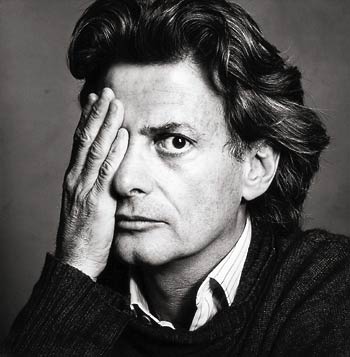 Richard Avedon, the revolutionary photographer who redefined fashion photography as an art form while achieving critical acclaim through his stark black-and-white portraits of the powerful and celebrated, died Friday. He was 81.

NEW YORK (AP) -- Richard Avedon, the revolutionary photographer who redefined fashion photography as an art form while achieving critical acclaim through his stark black-and-white portraits of the powerful and celebrated, died Friday. He was 81.

Avedon suffered a brain hemorrhage last month while on assignment in San Antonio, Texas, for The New Yorker, taking pictures for a piece called "On Democracy." He spent months on the project, shooting politicians, delegates and citizens from around the country.

He died at Methodist Hospital in San Antonio, said Perri Dorset, a spokeswoman for the magazine.

"We've lost one of the great visual imaginations of the last half century," said David Remnick, editor of The New Yorker.

Avedon's influence on photography was immense, and his sensuous fashion work helped create the era of supermodels such as Naomi Campbell and Cindy Crawford. But Avedon went in another direction with his portrait work, shooting unsparing and often unflattering shots of subjects from Marilyn Monroe to Michael Moore.

"The results can be pitiless," Time magazine critic Richard Lacayo once noted. "With every wrinkle and sag set out in high relief, even the mightiest plutocrat seems just one more dwindling mortal."

As a Publishers Weekly review once noted, Avedon helped create the cachet of celebrity -- if he took someone's picture, they must be famous. His fun-loving, fantasy-inspiring approach helped turn the fashion industry into a multibillion-dollar business.

Scores of imitators struggled to replicate his signature style, known simply as "The Avedon Look."

"The world's most famous photographer," trumpeted a 2002 story on Avedon in The New York Times. It was a title he wore for decades; back in 1958, he was named one of the world's 10 finest photographers by Popular Photography magazine.

Prestigious institutions as the Metropolitan Museum of Art in New York City and the National Gallery of Art in Washington, D.C., staged major Avedon retrospectives, and his list of honors stretched across more than 50 years. In 2003, he received a National Arts Award for lifetime achievement.

During his career, Avedon worked for such photograph-driven publications as Vogue and Harper's Bazaar, and served as The New Yorker's first staff photographer. His skill also earned him another title: He was reputed to be the world's highest-paid photographer.

"He's the most wonderful man in the business because he realizes that models are not just coat hangers," famed model Suzy Parker once said. An Avedon shot of Parker from 1959 was credited with igniting the bikini boom.

Avedon said his view of the world was literally affected by his nearsightedness. "I began trying to create an out-of-focus world -- a heightened reality better than real, that suggests, rather than tells you," he once told The New Yorker in an interview.

Among Avedon's best-known work was "Nothing Personal," a 1964 collection of unflattering photographs of affluent Americans. He collaborated with author James Baldwin, a former classmate at the Bronx's DeWitt Clinton High School.

Time magazine called his photos of former President Eisenhower, Adlai Stevenson, Marilyn Monroe and other celebrities "a subtler, crueler instrument of distortion than any caricaturist's pencil."

In 2002-03, his portrait work was again highlighted at the Metropolitan Museum of Art. He chose his subjects among people who interested him, instead of photographing people on commission. All were shot against a white background, without any of the typical poses or smiling faces.

Born in New York City in 1923, he experienced a strict upbringing in which his father -- the founder of a dress shop called Avedon's Fifth Avenue -- made him account for every penny of his five-cent weekly allowance.

In 1940, at age 17, Avedon dropped out of high school to run errands for a photographic company. Two years later he joined the U.S. Merchant Marine, receiving a Rolleiflex camera as a going-away gift from his father.

He was assigned to the Merchant Marine photo branch, taking personnel identification photos. Later, he went on several missions to photograph shipwrecks.

Following wartime service, Avedon became a professional photographer for the tony Bonwit Teller department stores, then moved to Harper's Bazaar, where he stayed for two decades.

His breakthrough approach to fashion photography included extravagant settings such as NASA launch pads and the pyramids of Egypt.

"There's always been a separation between fashion and what I call my deeper work," Avedon said in a 1974 interview. "Fashion is where I make my living. I'm not knocking it; it's a pleasure to make a living that way. Then there's the deeper pleasure of doing my portraits."

Avedon's reputation spread to Madison Avenue, where advertisers ranging from Revlon to Douglas Aircraft sought his services. By the mid-1960s, his studio had upwards of $250,000 in annual billings.

He also developed relationships with some of the world's most sought-after models including Dorian Leigh; Dorothy Horan, best known as Dovima; Sunny Harnett; and Leigh's younger sister, Suzy Parker.

Avedon left Harper's Bazaar in 1966 to join rival Vogue as a staff photographer. In 1970, his work filled several galleries at the Minneapolis Institute of Arts in what was called the largest one-man photo exhibit ever.

His early career was fictionalized in the 1956 Hollywood musical "Funny Face," starring Fred Astaire as the fashion photographer "Dick Avery."

Avedon was married in 1944 to Dorcas Nowell, a model known professionally as Doe Avedon. They divorced after five years. In 1951, he married Evelyn Franklin. The pair later separated.

"If a day goes by without my doing something related to photography, it's as though I've neglected something essential to my existence, as though I had forgotten to wake up," he said in 1970. "I know that the accident of my being a photographer has made my life possible."