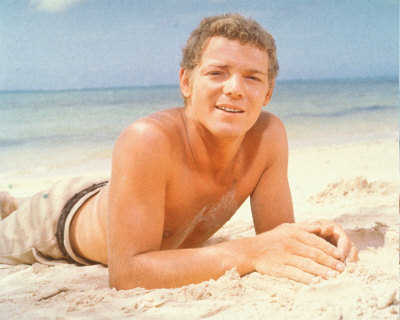 James MacArthur, best known for his role as Danno on the original Hawaii Five-0, died of natural causes in Florida on Thursday, according to The Associated Press.  He was 72.

MacArthur was most recognized for his role as Detective Danny "Danno" Williams on Hawaii Five-0, which aired from 1968 to 1980 — one of the longest-running crime shows in television history. "Book em, Danno," the catchphrase said by Danno's partner Steve McGarrett (Jack Lord) in many episodes, became a pop culture staple.

A remake of Hawaii Five-0 debuted in the fall on CBS with Scott Cann taking over the role made famous by MacArthur.

MacArthur attended Harvard University, but dropped out to pursue an acting career. Some of his early credits include the Disney films Swiss Family Robinson and Kidnapped. He also appeared in The Battle of the Bulge, The Truth About Spring, Cry of Battle, Spencer's Mountain and The Interns.