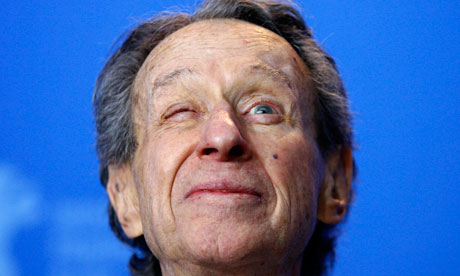 Bonnie and Clyde famously bowed out in a hail of bullets, gunned down by police in what came billed as the bloodiest death scene in American movies. For the man who called the shots, behind the camera, the end was altogether more peaceful. Director Arthur Penn died quietly at home on Tuesday night, a day after his 88th birthday. His daughter said he died of congestive heart failure.

Born in Philadelphia, the younger brother of the photographer Irving Penn, the director galvanised the crime genre with his 1967 film starring Warren Beatty and Faye Dunaway as the lovers on the run. It juggled the freewheeling flavour of the French New Wave with an explicit, stylised violence that was hitherto unknown in mainstream American cinema. Penn's playful, muscular style of directing would prove a major influence on the 70s generation of film-makers that followed.

Penn made his feature debut with the 1958 western The Left-Handed Gun, starring the young Paul Newman. He first worked with Warren Beatty on 1965's cult favourite Mickey One and directed Robert Redford and Marlon Brando on The Chase in 1966. Following the success of Bonnie and Clyde, he went on to make 1969's Alice's Restaurant, a wry hippie comedy, and directed Dustin Hoffman in the acclaimed Little Big Man.

But Penn's boldest venture was doomed to end in failure. In 1976 he corralled Jack Nicholson and Marlon Brando on set to shoot a dark and mercurial western called The Missouri Breaks. But the production was famously disrupted by Brando's erratic behaviour and the result was a critical and commercial flop. Its director would later take some comfort from the fact that The Missouri Breaks has since been re-evaluated and is now widely judged to be an eccentric mini-masterpiece.

By the end of the 1970s, Penn's star was on the wane and he was finding himself outpaced by a new crop of directors. "The movies have changed," he said at the time. "There's this wonderful storyteller, Steven Spielberg, making benign movies that are enormously successful, while I'm mainly known for making movies about people shooting and cutting each other up. I love his work but I could never make films like that."

The director shot his last feature – Penn and Teller Get Killed – in 1989. After that, he settled into his new role as a respected elder statesman, a Hollywood lion with a rich history behind him. Most fans revered him for creating Bonnie and Clyde. A few others recalled his less publicised involvement in the televised presidential debates of 1960, when he coached JFK ahead of his standoff with Richard Nixon. Both events guaranteed his place in history. It could be argued, perhaps, that Arthur Penn changed America twice: once on the big screen and once on the small.