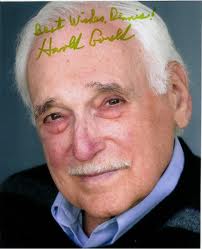 LOS ANGELES — Veteran character actor Harold Gould, who played Valerie Harper's father on television's "Rhoda" and the con man Kid Twist in the 1973 movie "The Sting," has died. He was 86.

Gould had a prolific career both on the big and small screens. He appeared in such films as "Harper," "Love and Death," "Freaky Friday" and "Patch Adams."

On television, he played Betty White's boyfriend on "The Golden Girls" and also made guest appearances on "Soap," "Perry Mason" and most recently "Nip/Tuck."

He is survived by his wife of 60 years, Lea; his children, Deborah Gould Harris, Joshua Gould and Lowell Gould; and five grandchildren.