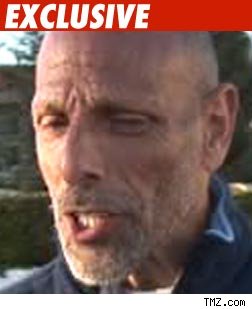 Comedian Robert Schimmel died Friday from injuries he suffered in a car accident a week prior, Bob Merlis, his friend and former rep at Warner Bros. Records, confirmed to CNN. He was 60 years old.

Schimmel, his son and his daughter, 19, were traveling in his daughter’s car on August 26 when she swerved to avoid an oncoming car, the New York Daily News reported Saturday. Schimmel’s daughter is in stable condition. His son was released from the hospital shortly after the accident.

After losing his 11-year-old son to cancer in 1993, suffering a heart attack and being diagnosed with non-Hodgkin lymphoma and hepatitis C, Schimmel, a frequent guest on “The Howard Stern Show,” turned to humor to cope with the perils of life. He penned “Cancer on $5 a Day (chemo not included): How Humor Got Me Through the Toughest Journey of My Life” in 2008.

Entertainment Weekly reported that some of Schimmel’s fellow comedians tweeted their condolences.

“The world lost a true comedian, one of the greats. He turned his pain into laughs. He was fearless. RIP ROBERT SCHIMMEL,” Marlon Wayans wrote.

“Robert Schimmel was one of the funniest and nicest guys in comedy,” Jimmy Kimmel wrote.

“Robert Schimmel was one of the first people in comedy to call when my folks were fighting cancer. No ego no bs no small talk just inspiration,” Dane Cook wrote.

He is survived by his five children.