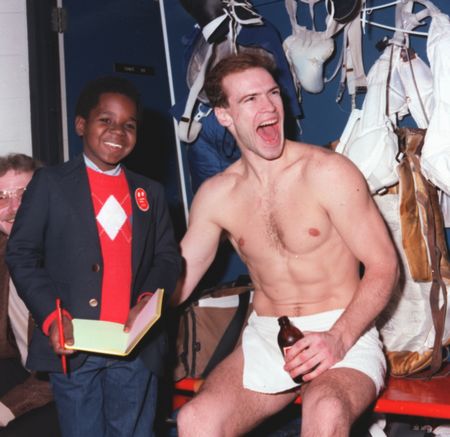 Former child TV star Gary Coleman died Friday after doctors took him off life support, Fox News confirms. The "Diff'rent Strokes" star had slipped into a coma and was placed on life support after suffering an intracranial hemorrhage at his home Wednesday. He was 42.

Coleman, was conscious and lucid until midday Thursday, when his condition worsened and he slipped into unconsciousness. Coleman was then placed on life support before doctors took him off.

Coleman has had continuing ill health from a kidney disease he suffered as a child. He had at least two kidney transplants and had ongoing dialysis.


An ambulance was called to Coleman's home Wednesday, and he was initially transported to Mountain View Hospital in Payson, the nearest medical facility, said Dennis Howard, Santaquin's director of public safety.


The family statement says Coleman was later moved to the regional medical center in Provo for additional tests and treatment.

The hospital did not give details on Coleman's condition beyond calling it an intracranial hemorrhage, which is bleeding inside the head.

Dr. Jennifer Majersik, a stroke specialist and assistant professor of neurology at the University of Utah, said intracranial hemorrhages can be broken vessels within the brain itself or next to it. Majersik, who is not involved in Coleman's treatment and is unfamiliar with the case, said the most serious types involve a broken vessel inside the brain.

Hemorrhaging can also occur on the surface of the brain or in the protective layers between the brain and the skull, Majersik said.

Coleman moved to Utah in 2005 to star in the movie "Church Ball," a comedy based on basketball leagues formed by members of The Church of Jesus Christ of Latter-day Saints. He met his wife Shannon Price on the movie set and married her in 2007.

In February, Coleman also suffered a seizure on the set of "The Insider." Also in February, he pleaded guilty to a misdemeanor criminal mischief charge related to an April 2009 domestic violence incident at his home.

Coleman also had a string of financial and legal problems.

The family acknowledged his struggles in its statement, saying Coleman had had "difficulties not only with health issues, but also with his personal and public life."

"At times it may not have been apparent, but he always had fond memories of being an entertainer and appreciates his fans for all their support over the years," the family said.