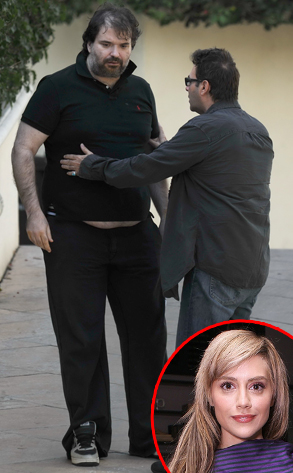 LOS ANGELES - The husband of Brittany Murphy was found dead by his mother-in-law late Sunday at the Los Angeles home he shared with the late actress, the coroner's office said.

"He was discovered by Brittany's mom as being unresponsive" in the master bedroom of the Hollywood Hills home at about 9:40 p.m. Sunday, Winter said. Sharon Murphy called paramedics, who pronounced him dead.

There were no signs of foul play or physical injury to his body, Winter said.

Prescription medications belonging to Monjack were found in his bedroom, but there was no immediate indication that he overdosed, Winter said.

An autopsy was planned Tuesday, but a final cause of death would await results of planned toxicology tests, Winter said.

Murphy died last Dec. 20 after collapsing in the home.

At his wife's funeral, a visibly emotional Monjack talked about their relationship and called her his best friend and soul mate. The two married in 2007. He had said they were planning a family and contemplating a move to New York.

Monjack is credited as producer and co-writer of the 2001 film "Two Days, Nine Lives" and executive producer of the 2006's "Factory Girl."

Murphy, best known for her major roles in "Clueless," "Girl Interrupted" and "8 Mile," died at age 32. The Los Angeles County coroner's office concluded her death was accidental but likely preventable.

The coroner's report said medications found in her system were consistent with treatment of a cold or respiratory infection. Monjack and Murphy's mother had reported the actress was ill with flulike symptoms in the days before her death.

Investigators found numerous prescription medications in her home, but an autopsy found no evidence that Murphy abused drugs.