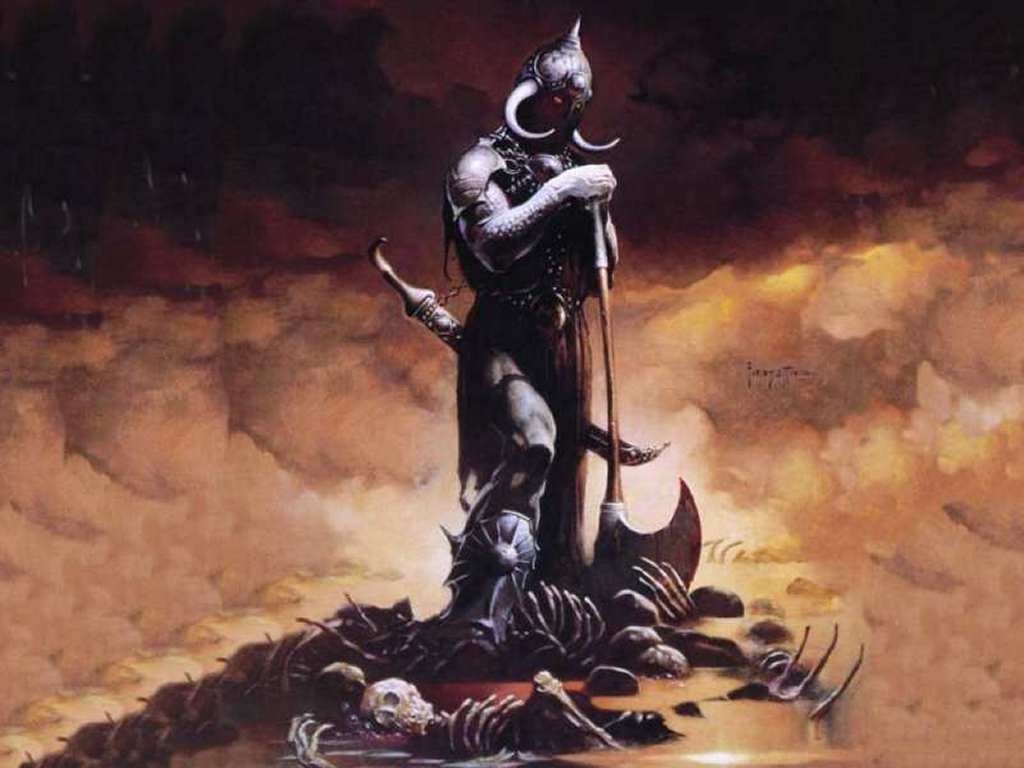 Frank Frazetta was born February 9, 1928. His early artistic career consisted of years of exquisitely drawn comics work, including contributions to the EC line of comics, assisting Al Capp on L’il Abner and later drawing several years of the strip, and working with Harvey Kurtzman on Little Annie Fanny.

In the 60s Frazetta turned to cover paintings for the thriving pulp paperback industry and created one of the most recognizable illustration styles of all times. His covers for Conan, Tarzan and other rough hewn heroes created a visceral, violent, erotic yet somehow still nuanced visual style that has been endlessly imitated but never surpassed — Frazetta’s imagery of brawny, relentless swordsmen, seductive, fleshy sirens and hellfire breathing monsters had a gut level impact because it came from the gut — his many followers were just tracing without the passion of the originals.
In recent years, as reported here and elsewhere, the Frazetta estate had been much in dispute among his four children, following the death of his wife, Ellie. After some family squabbles that could only be called stressful and embarrassing, peace was made, however, and the sale of some of Frazetta’s most iconic paintings had begun, notably with the $1,000,000 sale of one of his paintings to a buyer believed to be Metalicca’s Kirk Hammett. Another Frazetta painting was recently put up for auction, although it was not owned by the family.
Below is one of the last known public photos of Frazetta, shown in February at a family barbeque in Florida with his daughters and granddaughter.