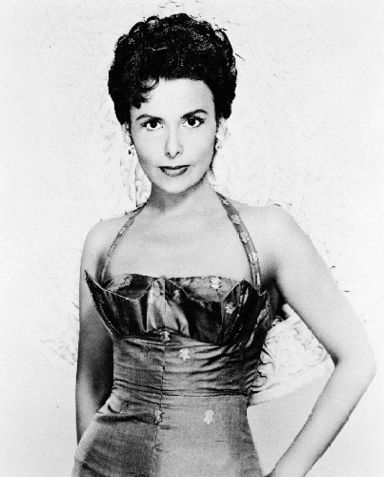 Actor and singer who broke down racial barriers in film and music industries dies, aged 92

Lena Horne, the singer and actor best known for her rendition of Stormy Weather and as Hollywood's first black sex symbol, has died. She was 92.

In a 60-year career, Horne broke down numerous racial barriers. In the 1940s, she was one of the first black singers with a major white band, the first to perform at the famous Copacabana nightclub, and the first to sign a long-term Hollywood contract.

She later became an active campaigner for civil rights and was a powerful voice of the movement.

In 1943, she played the role of Selina Rogers in the all-black movie musical Stormy Weather. Her version of the title song became a major hit and her signature piece.

Horne's versatility as a performer on screen, stage and record was matched by her wide musical range. She was respected both as a jazz and a blues singer, and had numerous hit showtunes, such as The Lady is a Tramp and Bewitched, Bothered and Bewildered.

She was candid about the reasons for her success.

"I was unique in that I was a kind of black that white people could accept," she once said. "I was their daydream. I had the worst kind of acceptance because it was never for how great I was or what I contributed. It was because of the way I looked."

In her first big Broadway success, as the star of Jamaica in 1957, Horne was described as the "one of the incomparable performers of our time". Songwriter Buddy de Sylva dubbed her "the best female singer of songs".

When Horne signed for MGM, she starred in the all-black Cabin in the Sky in 1943, but in most of her other movies, she appeared just singing songs which could be cut in the segregated southern states without affecting the story.

"Metro's cowardice deprived the musical of one of the great singing actresses," the film historian John Kobal wrote.

Her 1981 one-woman Broadway show, Lena Horne: The Lady and Her Music, won a special Tony award.

By the 1960s, Horne was one of the most visible celebrities in the civil rights movement, once throwing a lamp at a customer who made a racial slur in a Beverly Hills restaurant. In 1963 she joined 250,000 others in the march on Washington when Martin Luther King gave his "I Have a Dream" speech. Horne spoke at a rally that same year with another civil rights leader, Medgar Evers, just days before his assassination.