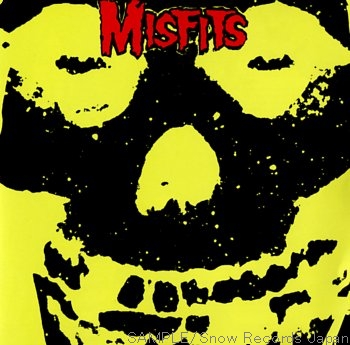 Brian "Damage" Keats, who played drums in the Misfits during its final Glenn Danzig-helmed lineup, died Tuesday after battling liver cancer, according to a press release. Keats, who was 46, was also a veteran of punk bands Verbal Abuse and Genocide.

Damage was first asked by Danzig to join the Misfits in the autumn of 1983 and played with the band at a Halloween gig in Detroit . The show wound up being the final Misfits gig with the frontman.

But Keats, a Brooklyn native, was undaunted, remaining on the New York music scene throughout the 1980s, playing with a long run of outfits like Hellbent, the Kretins, the Hellhounds, the Skulls, Angels in Vain, Princess Pang, Raging Slab and the Diamondbacks.

Keats eventually settled in Los Angeles and collaborated with outfits like Sylvain Sylvain, Low Pop Suicide, the Fusztones and even former Bangles frontwoman Susanna Hoffs, among a long run of others. He is survived by his wife and one child.