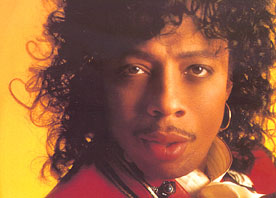 ``He died apparently of natural causes. We learned of his death after responding to a radio call,'' Reyes said.

After his big hit, James' fame began to fade as he became embroiled in legal problems and health troubles.

James was convicted in 1993 of assaulting two women. The first attack occurred in 1991 when he restrained and burned a young woman with a hot pipe during a cocaine binge at his house in West Hollywood. He was free on bail when the second assault occurred in 1992 in James' hotel room.

James was sentenced to more than two years in state prison.

In 1997, he released a new album, but a year later he suffered a stroke while performing at Denver's Mammoth Events Center, derailing a comeback tour.