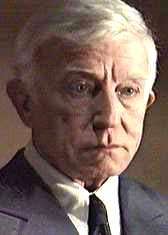 Gibson was a regular on "Rowan and Martin's Laugh-In," where he was known for popping up to read short, humorous poems during the show's 1968-71 run.

He was a frequent guest star on television shows from the 1970s through the mid-2000s, with a recurring role as a judge on ABC's "Boston Legal" as late as 2008.

His movie roles included turns in two of director Robert Altman's 1970s films, "Nashville" and "The Long Goodbye," and as the neo-Nazi leader pursuing John Belushi and Dan Ackroyd in "The Blues Brothers."

No details of his death were immediately available, said Peter Gross, a spokesman Talentworks LA, which represented Gibson.