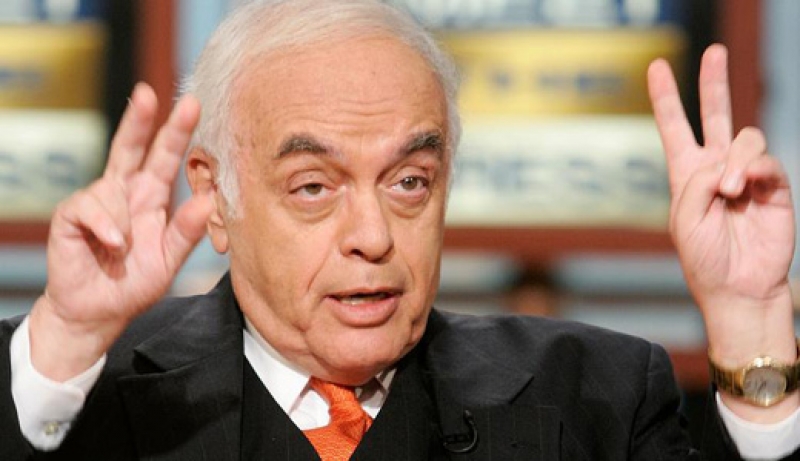 WASHINGTON — Chicago Sun-Times columnist Robert Novak, one of the nation’s most influential journalists, who relished his “Prince of Darkness” public persona, died at home here early Tuesday morning after a battle with brain cancer.

“He was someone who loved being a journalist, loved journalism and loved his country and loved his family, Novak’s wife, Geraldine, told the Sun-Times on Tuesday.

Robert David Sanders Novak, 78, was born and raised in Joliet and his first newspaper jobs were with the Joliet Herald-News. He passed away at 4:30 a.m., returning home after being hospitalized between July 10 and July 24.
(NBC file)
PHOTO GALLERY

On May 15, 1963, Novak teamed up with the late Rowland Evans Jr. to create the “Inside Report” political column, which became the must-read syndicated column. Evans tapped Novak, then a 31-year old correspondent for the Wall Street Journal, to help with the workload of a six-day-a-week column.

Evans and Novak were the odd couple: Evans a Philadelphia blue blood and Yale graduate; Novak from Joliet, Ill. who attended the University of Illinois, Champaign-Urbana campus.

Novak handled the column solo after Evans retired in 1993. The Chicago Sun-Times has been Novak’s home paper since 1966.

Mrs. Novak said that her husband passed away at 4:30 a.m., returning home after being hospitalized between July 10 and July 24. Novak’s malignant brain tumor was discovered July 27, 2008.

"Bob was always the pro," Sun-Times editor in chief Don Hayner said. "No matter what he had going on, he was always at the ready to help out on stories, and he broke more than his share. Even as he became a national figure, he was always proud to be part of the Sun-Times. And we were proud of him."

Besides Mrs. Novak, survivors include a son Alex, 41, who's a marketing executive for Eagle Publishing, and a daughter Zelda, 44, who is married to the journalist Christopher Caldwell. Novak is the grandfather of Jane, Philip, Eliza and George Caldwell, and Max, Sam, Gloria and Joseph Novak.