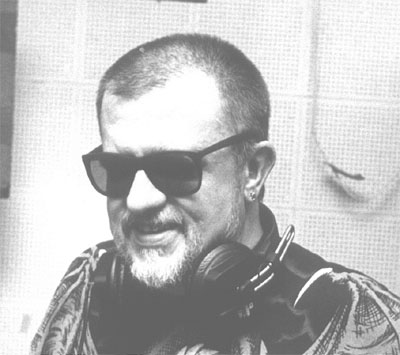 The North Mississippi Allstars have lost their father, Bob Dylan has lost a “brother,” rock and roll has lost one of its great cult heroes and Memphis has lost a musical icon with the death of Jim Dickinson.

The 67-year-old Dickinson passed away early Saturday morning in his sleep. The Memphis native and longtime Mississippi resident had been in failing health for the past few months and was recuperating from heart surgery at Methodist Extended Care Hospital.

Jim Dickinson in 1965. Dickinson, a musician and producer who helped shape the Memphis sound in an influential career that spanned more than four decades, was 67.

“He went peacefully,” said his wife, Mary Lindsay Dickinson, adding that her husband remained in good spirits until the end. “He had a great life. He loved his family and music. And he loved Memphis music, specifically.”

During the course of his colorful half-century career, Dickinson built a worldwide reputation as a session player for the likes of Dylan and The Rolling Stones, a producer for influential groups including Big Star and The Replacements, a sometime solo artist and the patriarch of a small musical dynasty through his sons, Cody and Luther Dickinson of the North Mississippi Allstars.

Just last weekend, a tribute concert headlined by singer-songwriter John Hiatt and featuring a host of Memphis musicians was held at The Peabody Skyway to help defray Dickinson’s medical costs.

Dickinson’s earthy musical approach resonated with his peers: Bob Dylan, who was a longtime friend and collaborator, acknowledged him as a “brother” while accepting a Grammy award for 1997’s Time Out of Mind; The Rolling Stones, ever wary of outsiders, brought Dickinson in to add his soulful piano touch to their classic Sticky Fingers ballad “Wild Horses.”

As a producer, Dickinson was a studio alchemist in the tradition of such great Memphians as Sam Phillips and Chips Moman, for whom he worked. Dickinson was willing take on any role, acting as a protector, parent or prankster for his artists — thus helping him forge creatively rewarding relationships with difficult talents including Alex Chilton, Paul Westerberg and Ry Cooder.

Dickinson’s reach and impact on Memphis music over the last four decades is significant; perhaps more than anyone, he was uniquely connected to the city’s historic past and its present.

In addition to being one of the key forces behind the rise of Memphis’ Ardent Studios, Dickinson’s deconstructionist roots-rock band Mud Boy & the Neutrons proved a seminal influence on several generations of local acts.

Dickinson remained busy during his final years, continuing to produce local artists, including the breakthrough CD for Memphis roots chanteuse Amy LaVere, as well as several projects for his sons. He’d also been writing and performing with a crew of musicians half his age in the garage bands Snake Eyes and Trashed Romeos in recent months.

Born in Little Rock on Nov. 15, 1941, and briefly raised in Chicago before settling in Memphis, the young James Luther Dickinson came up in a musical hothouse, influenced by his piano-teacher mother and mesmerized by the sounds permeating from the radio.

“There was something about the voice coming out of the box that got me. That’s where it all started,” Dickinson recalled in his final interview, given to The Commercial Appeal in May.

As a student at White Station High School, Dickinson formed his first band, The Regents; he later had the distinction of singing on The Jesters’ 1966 garage-rock nugget “Cadillac Man,” the last great release on Sun Records.

After a stint in college in Texas, Dickinson returned to the Bluff City, where he began a career as a session player, eventually forming The Dixie Flyers, a group that became house band for Atlantic Records, and backing artists such as soul queen Aretha Franklin and R&B belter Little Richard.

In 1972, Dickinson released his first solo record, the cult classic Dixie Fried. The LP would prove the apotheosis of a kaleidoscopic musical vision he dubbed “world boogie.”

Significantly, starting in the mid-’70s, Dickinson made an almost seamless transition from working with mainstream major label acts to punk and indie artists. Beginning with his work on the seminal Big Star album Third/Sister Lovers, Dickinson’s “anything goes” aesthetic made him a favorite choice to produce numerous alternative acts in the ’80s and ’90s.

Despite his connections, Dickinson never sought the trappings of fame, instead preferring to live on a sprawling thatch of land in rural Coldwater, Miss., that he dubbed Zebra Ranch, which housed a pair of trailers that served as his home and studio.

For Dickinson, there was some sense of artistic closure late in life. His final album, Dinosaurs Run in Circles, released in May, brought him back to his earliest love: the pop and jazz-flecked standards from his childhood radio days. Several of the tracks were recorded from his mother’s original sheet music.

Dickinson’s health woes began following an appearance playing with British rocker Elvis Costello at the Beale Street Music Festival in May. Though he’d long suffered from intestinal problems, a physical exam revealed Dickinson also had serious cardiac issues. A procedure to put two stents in his heart, a triple-bypass surgery and a prolonged stay in an intensive-care unit followed.

Last month, Dickinson was relocated to a rehabilitation facility; family and doctors had been hoping for gradual recovery, “but he just never did really get a break physically,” said his wife.

Luther Dickinson said the family has no plans for a public memorial and that the tribute show at The Peabody will stand as the farewell to their father.

“That was the best sendoff he could have ever wanted,” he said.

Although he achieved a modicum of commercial success in his lifetime, ultimately, Dickinson’s legacy won’t be measured in chart placements or platinum albums but in the profound impact his work had on listeners.

“Some of the records I’ve done, really obscure things, will be the ones that somebody will tell you saved their lives,” he once said.

What Dickinson understood was both the impermanence of his own life and the enduring power of the music he made. It’s a sentiment reflected in the epitaph he chose for himself: I’m just dead, I’m not gone.