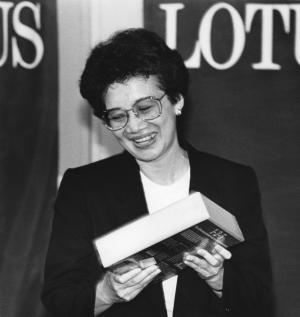 The arc of Corazon Aquino's life lent itself to maxims, but two hard-nosed ones seem particularly worth pointing out.

The arc of Corazon Aquino's life lent itself to maxims, but two hard-nosed ones seem particularly worth pointing out. First, political sainthood is a gift from heaven with a Cinderella deadline — once past midnight, you are a pumpkin. Second, personal virtues are never a guarantee of effective or successful governance. What was truly shocking about Aquino's tumultuous six-year term as President of the Philippines was that those maxims proved untrue. Midnight always threatened Aquino but never struck; and she was a good woman whose goodness alone, at the very end, was what proved enough, if only by an iota, to save her country.

The exact opposite was foretold by the husband whose murder she vowed to avenge and whose political legacy she promised to preserve. Anyone who succeeded Ferdinand Marcos, Benigno Aquino declared, would smell like horse manure six months after taking power. The residual effects of the dictatorship of Marcos and his wife Imelda, he said, could guarantee no success — only disaster, despair and failure. (See Aquino's life in photos.)

But after a popular rebellion in 1986 overthrew Marcos and proclaimed her President in his stead, Benigno Aquino's widow lasted more than six months; indeed, she lasted her entire six-year term. Furthermore, she retained a whiff of sanctity even as her government rotted, even as Filipinos worked hard to prove George Orwell's aphorism that saints are guilty until proven innocent. As Aquino ruled, every month seemed to diminish the political miracle of her astonishing rise to power, but she survived. And her survival guaranteed the continuation of democracy in her homeland.

The Philippines is still a raucous political hothouse. And every now and then it seems to return to the brink. But the dire days of deadly coup plots are over. Corazon Aquino died a revered figure, after an excruciating struggle with colon cancer, in a hospital in the Philippines.

Corazon Cojuangco was born into one of the wealthiest families in the islands. Fated to be married off in one dynastic match or the other, she was courted by and fell in love with Benigno Aquino Jr., a brilliant and ambitious journalist turned politician whose own family was as illustrious though not quite as wealthy as her baronial clan. The marriage would help propel Benigno's career even as "Cory" was a cipher at his side, the high-born wife whose social ministrations at smoke-filled political sessions flattered her husband's supporters. Benigno's popularity soon challenged Ferdinand Marcos, who had been elected President in 1965. And so, when Marcos assumed dictatorial power in 1972, he threw his rival into jail. Corazon then became her husband's instrument, smuggling messages out of prison and raising funds for the opposition. But as long as he lived, she was merely an extension of Benigno Aquino.

All that changed on Aug. 21, 1983, when Benigno Aquino returned to the Philippines after three years of exile in the U.S. only to be shot dead even before he could set foot on the tarmac of Manila's international airport. Filipinos were outraged, and suspicion immediately fell on Marcos. At Benigno's funeral, mourners transformed Corazon into a symbol.

The devout and stoic Roman Catholic widow became the incarnation of a pious nation that had itself suffered silently through more than a decade of autocratic rule. Millions lined the funeral route and repeated her nickname as if saying the rosary: "Cory, Cory, Cory." If she had agreed to let the massive demonstrations of outrage pass in front of Malacańang Palace, said Vicente Paterno, a Marcos official who would later be her ally, "that could have toppled Marcos." But it would be nearly three years before she would learn to take advantage of her power. Instead, she concentrated on the fractious opposition, using her moral influence to help it choose a leader to oppose Marcos.

Filipinos saw her as that leader, but she declined the role until November 1985. It was then that a Marcos-controlled court acquitted the military men accused of killing Benigno. Marcos then decided to hold a snap presidential election to reaffirm his mandate.

Though hampered by the government's near monopoly of the media, the Aquino campaign attracted millions of fervent supporters, all decked out in yellow, the reluctant candidate's favorite color. And when Marcos cheated her of victory in the February 1986 vote, the outcry was tremendous — and his doom was sealed. Bearing witness to their political allegiance, the millions who crammed the streets to protect reformist soldiers who had mutinied against Marcos chanted the now familiar mantra: "Cory, Cory, Cory." Nuns armed only with rosaries knelt in front of tanks, stopping them in their tracks.

By way of 24-hour cable news, the world witnessed four days of the military-civilian rebellion, a preview of similar uprisings that would later shake out the autocracies of Eastern Europe and the Soviet Union. And then, in a sweep of U.S. helicopters, Marcos was whisked off to exile in Hawaii and Aquino was proclaimed President of the Philippines. It was a most astonishing political story. TIME named her Woman of the Year at the end of 1986, the first female to hold TIME's annual distinction on her own since the newly crowned Queen Elizabeth in 1952.

To govern the Philippines, she would need all the good will she could muster. The country was one breath away from the economic morgue, while Manila's brand of democracy was built on reeds. Aquino survived eight coup attempts by plotters who hoped to head off her liberal constitution and the return of a bicameral Congress. She took pride in her fortitude. "I have to project my confidence even more than some men do," she said early in her presidency. "No one can say that Cory did not give it her all."

Aquino was convinced that her presidency was divinely inspired, even as her political foes mocked her piety. "If the country needs me," she said, "God will spare me." And miracle of miracles, she proved God right and her critics wrong. She would be succeeded by a democratically elected general — the first to be at her side as Marcos threatened to mow down her supporters in the streets. She anointed him despite the opposition of her church. Indeed, Fidel Ramos would be the first Protestant to lead the overwhelmingly Catholic country. And he would give the islands a taste of stability and economic prosperity that she was unable to deliver. But without her withstanding the enemies of freedom, he would never have had the chance.

After the presidency, she ran a think tank and center on nonviolence that carried her husband's name. She also every so often led public protests opposing the policies of her successors, if not her successors themselves. She led demonstrations to remind Ramos that she had promised to dismantle America's bases in the Philippines. He complied. She joined crowds that led to the overthrow of the inept and corrupt government of the actor-politician Joseph Estrada. She also led protests against her former ally, the second woman President of the Philippines, Gloria Macapagal-Arroyo, in the wake of corruption charges against Arroyo and her husband. Whenever the country appeared to be in a crisis, Cory Aquino rose above the bureaucratic procrastination that had always bogged it down, reminding her people that they once astonished the world with their bravery — and that they could do it again. But Filipinos must now take stock. Whom will they march with now that their saint has gone to meet her God?