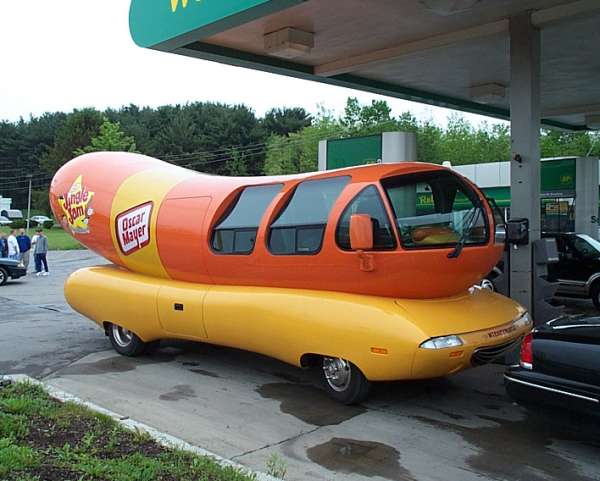 His bologna had a first name. His bologna had a last name. So did he. More than simply a brand name or the punchline to a catchy ad jingle, Oscar G. Mayer, the former chairman of his family's eponymous meat products company has died. He passed away Monday at the age of 95 in a hospice facility in Fitchburg, Wis.

Founded by three German immigrant brothers, Gottfried, Max and Oscar Mayer, the company began selling sausages in Chicago in the 1890s. The basis of their success was the bratwurst, weisswurst and liverwurst made by Gottfried, a trained wurstmacher from Nurnburg. His sausages proved so popular that the Mayer brothers were soon making deliveries by horse-drawn wagon throughout Chicago, expanding their reach well beyond the city's German enclaves.

They began using the Oscar Mayer brand name in the 1920s, stamping it on the country's first packaged, sliced bacon, which the Mayer brothers introduced in 1924 -- an innovation that earned them a U.S. government patent.

Oscar G. Mayer began working for the family business in 1936, the same year the company introduced its popular Wienermobile. Mayer was named president in 1955 and chairman in 1966. He retired from the company in 1977 after 41 years. No word on whether the funeral procession will be led by the Wienermobile.