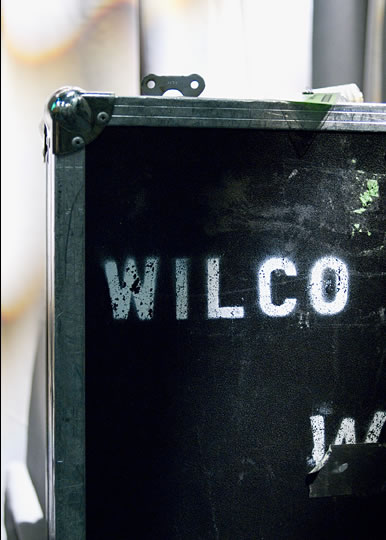 According to news reports, Jay Bennett, the multi-instrumentalist and producer who was a part of the band Wilco for many years, has died. He was 45.

He died in his sleep, according to friend Edward Burch.

Bennett joined Wilco when the band toured for its first album, “A.M.” He and band leader Jeff Tweedy became a creative — and combustible — combination, combining forces for “Being There,” the band’s pop masterpiece “Summerteeth” and the challenging follow-up, “Yankee Hotel Foxtrot.”

But the pair was soon at odds, as detailed in the film “I Am Trying to Break Your Heart.” The Chicago Tribune’s Greg Kot, in a heartfelt appreciation, quotes Bennett as saying he wasn’t surprised. “I wasn’t blindsided. I saw it coming,” he said. “My enthusiasm had been waning, and apparently that was the case for the rest of the band, too.”

Bennett had recently sued Tweedy, claiming unpaid royalties for his music and his appearance in the movie.

The cause of death was not known. An autopsy was being performed, according to Burch.