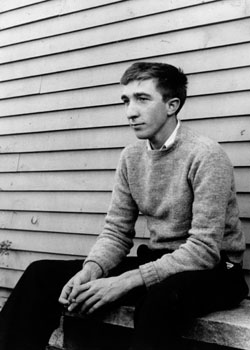 NEW YORK (AP) — John Updike, the Pulitzer Prize-winning novelist, prolific man of letters and erudite chronicler of sex, divorce and other adventures in the postwar prime of the American empire, died Tuesday at age 76.

Updike, a resident of Beverly Farms, Mass., died of lung cancer, according to a statement from his publisher, Alfred A. Knopf.

An old-fashioned believer in hard work, he published more than 50 books in a career that started in the 1950s. Updike won virtually every literary prize, including two Pulitzers, for "Rabbit Is Rich" and "Rabbit at Rest," and two National Book Awards.