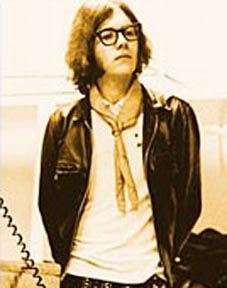 Ron Asheton, the guitarist and bassist with The Stooges, has been found dead today (January 6). He was 60.

Asheton was found at his home in Ann Arbor this morning, according to police.

A cause of death is yet to be confirmed, although initial reports suggest that Asheton died of a heart attack.

Detective Sgt Jim Stephenson told local paper Ann Arbor News that foul play is not suspected. He added that Asheton's body was found on a living-room sofa, and that he appeared to have been dead for at least several days.

Autopsy and toxicology results are pending.

Asheton was a founder member of The Stooges, along with his brother (and drummer) Scott Asheton, Dave Alexander (bass) and frontman Iggy Pop.

Ranked as Number 29 on Rolling Stone's '100 Greatest Guitarists of All Time', Asheton played the seminal riffs on Stooges' classics including 'No Fun', 'Down On The Street', and 'I Wanna Be Your Dog'. He switched to the bass guitar for The Stooges third album, 'Raw Power' (1973).

After the commercial failure of 'Raw Power', Asheton left The Stooges and played in a series of bands including The New Order (not to be confused with the UK band of the same name), and Destroy All Monsters.

In 2000, Asheton, along with his brother Scott and the aforementioned Mike Watt, began playing shows together. The band were dubbed 'The New Stooges' by fans, and after Iggy Pop saw them perform, the four decided to reform The Stooges properly.

The Stooges played their first reunited show in 2003, and went on to release an album of new material ('The Weirdness') in 2007, with Asheton restored to lead guitar duties.

Touring heavily, including a The Stooges played a memorable set at the 2007 Glastonbury Festival which ended with a mass stage invasion, they also played last year's Isle Of Wight Festival.