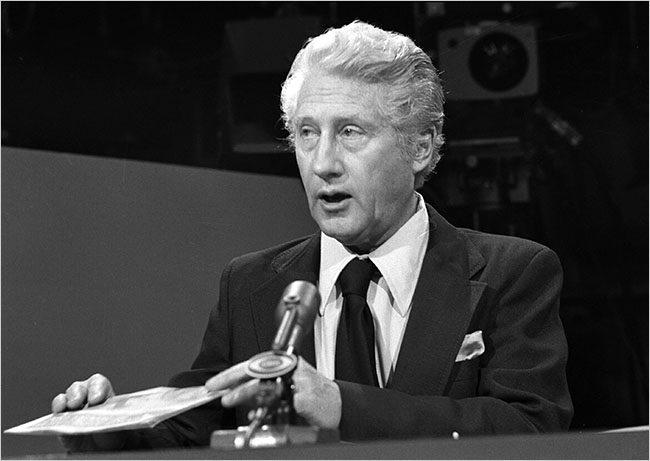 W. Mark Felt, who was the No. 2 official at the F.B.I. when he helped bring down President Richard M. Nixon by resisting the Watergate cover-up and becoming Deep Throat, the most famous anonymous source in American history, died on Thursday. He was 95 and lived in Santa Rosa, Calif.

His death was confirmed by Rob Jones, his grandson.

In 2005, Mr. Felt revealed that he was the one who had secretly supplied Bob Woodward of The Washington Post with crucial leads in the Watergate affair in the early 1970s. His decision to unmask himself, in an article in Vanity Fair, ended a guessing game that had gone on for more than 30 years.

The disclosure even surprised Mr. Woodward and his partner on the Watergate story, Carl Bernstein. They had kept their promise not to reveal his identity until after his death. Indeed, Mr. Woodward was so scrupulous about shielding Mr. Felt that he did not introduce him to Mr. Bernstein until this year, 36 years after they cracked the scandal. The three met for two hours one afternoon in Santa Rosa, where Mr. Felt had retired. The reporters likened it to a family reunion.

Mr. Felt played a dual role in the fall of Mr. Nixon. As a secret informant, he kept the story alive in the press. As associate director of the Federal Bureau of Investigation, he fought the president’s efforts to obstruct the F.B.I.’s investigation of the Watergate break-in.

Without Mr. Felt, there might not have been a Watergate — shorthand for the revealed abuses of presidential powers in the Nixon White House, including illegal wiretapping, burglaries and money laundering. Americans might never have seen a president as a criminal conspirator, or reporters as cultural heroes, or anonymous sources like Mr. Felt as a necessary if undesired tool in the pursuit of truth.

Like Mr. Nixon, Mr. Felt authorized illegal break-ins in the name of national security and then received the absolution of a presidential pardon. Their lives were intertwined in ways only they and a few others knew.

Mr. Nixon cursed his name when he learned early on that Mr. Felt was providing aid to the enemy in the wars of Watergate. The conversation was recorded in the Oval Office and later made public.

“We know what’s leaked, and we know who leaked it,” Mr. Nixon’s chief of staff, H. R. Haldeman, told the president on Oct. 19, 1972, four months after a team of washed-up Central Intelligence Agency personnel hired by the White House was caught trying to wiretap the Democratic Party’s national offices at the Watergate.

No one, including Mr. Felt, ever answered that question in full. Mr. Felt later said he believed that the president had been misusing the F.B.I. for political advantage. He knew that Mr. Nixon wanted the Watergate affair to vanish. He knew that the White House had ordered the C.I.A. to tell the bureau, on grounds of national security, to stand down in its felony investigation of the June 1972 break-in. He saw that order as an effort to obstruct justice, and he rejected it. That resistance led indirectly to Mr. Nixon’s resignation.

Mr. Felt had expected to be named to succeed J. Edgar Hoover, who had run the bureau for 48 years and died in May 1972. The president instead chose a politically loyal Justice Department official, L. Patrick Gray, who later followed orders from the White House to destroy documents in the case.

The choice infuriated Mr. Felt. He later wrote that the president “wanted a politician in J. Edgar Hoover’s position who would convert the bureau into an adjunct of the White House machine.”

Mr. Hoover had sworn off break-ins without warrants — “black bag jobs,” he called them — in 1966, after carrying them out at the F.B.I. for four decades. The Nixon White House hired its own operatives to steal information, plant eavesdropping equipment and hunt down the sources of leaks. The Watergate break-in took place six weeks after Mr. Hoover died.

While Watergate was seething, Mr. Felt authorized nine illegal break-ins at the homes of friends and relatives of members of the Weather Underground, a violent left-wing splinter group. The people he chose as targets had committed no crimes. The F.B.I. had no search warrants. He later said he ordered the break-ins because he felt national security required it.

In a criminal trial, Mr. Felt was convicted in November 1980 of conspiring to violate the constitutional rights of Americans. Mr. Nixon, who had denounced him in private for leaking Watergate secrets, testified on his behalf. Called by the prosecution, he told the jury that presidents and by extension their officers had an inherent right to conduct illegal searches in the name of national security.