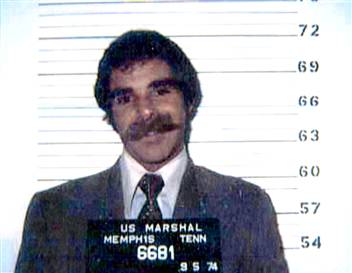 MIAMI (AP) -- Gerard Damiano, director of the pioneering pornographic film that lent its name to the Watergate whistleblower known as "Deep Throat," has died. He was 80.

Damiano died Saturday at a Fort Myers hospital, his son, Gerard Damiano Jr., said Monday. He had suffered a stroke in September.

"He was a filmmaker and an artist and we thought of him as such," the younger Damiano said. "Even though we weren't allowed to see his movies, we knew he was a moviemaker, and we were proud of that."

Damiano's "Deep Throat" was a mainstream box-office success and helped launch the modern hardcore adult-entertainment industry. Shot in six days for just $25,000, the 1972 flick became a cultural must-see for Americans who had just lived through the sexual liberation of the 1960s.

The film's title also became associated with one of the most famous anonymous sources in journalism.

Born in New York in 1928, Damiano worked as a hairdresser, spent time in the Navy and directed several adult films. The younger Damiano said he would often accompany his father on film sets as a child, but would be ushered out during "nitty-gritty" scenes.

"We weren't allowed to see certain parts of it," the son said. "But my parents always felt that it was nothing to be ashamed of, what he did."

After "Deep Throat" opened in Times Square, attention from media critics and outraged conservatives -- including repeated legal challenges -- helped turn it into a hit.

"My father never dreamed that it would get that kind of attention," the younger Damiano said.

But despite the attention, the son said the film was not his father's favorite.

"He was fond of it for what it was, but in terms of filmmaking, he would never call it a great film," he said.

Gerard Damiano is survived by his son and daughter. No formal services are planned.