Longtime 'All My Children' actress dies at 90 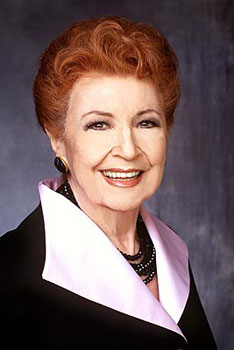 NEW YORK (AP) -- Eileen Herlie, a stage and TV actress who appeared on "All My Children" for more than three decades as the motherly Myrtle Fargate, has died at 90.

The actress joined the long-running ABC show in 1976 to play Myrtle, who became the surrogate mother to many of the soap's major characters, including Erica Kane, portrayed by Susan Lucci.

Herlie's last appearance on the program was in June.

Before joining "All My Children," Herlie was a regular on Broadway.

She made her debut in Thornton Wilder's "The Matchmaker" in 1955, playing milliner Irene Molloy in the comedy, which starred Ruth Gordon as Dolly Gallagher Levi.