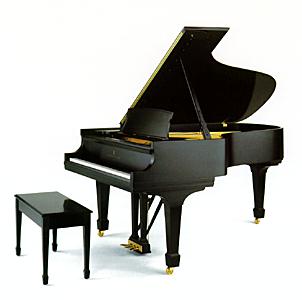 Henry Z. Steinway, the last Steinway to run the piano-making company his family started in 1853, died Thursday at his home in Manhattan. He was 93.

His death was confirmed by a daughter, Susan Steinway.

Mr. Steinway once said that he had taken countless piano lessons but never knew “which is Beethoven’s this or Beethoven’s that.” He remained proficient on a typewriter’s keys, however; long after the world had adopted personal computers, he was still pounding away on his Smith-Corona manual.

Henry Ziegler Steinway — named for an uncle, and not to be confused with a cousin, Henry Steinway Ziegler — was the great-grandson of Heinrich Engelhard Steinway, the illiterate German immigrant before the ampersand in Steinway & Sons. Henry was born on Aug. 23, 1915, in his parents’ apartment on Park Avenue, between East 52nd and 53rd Streets.

The location was important to his tradition-minded father, Theodore E. Steinway. The Steinways’ factory, the largest piano plant in New York City when it opened, had occupied that site from just before the Civil War until about 1910. Theodore rented an apartment in the building that took the factory’s place. (The apartment house was demolished in the 1950s to make way for Mies van der Rohe’s Seagram Building.)

By the time Henry was a boy, the name Steinway had become almost synonymous with pianos, famous on concert stages as well as in Tin Pan Alley. Irving Berlin paid homage in “I Love a Piano” with the lyric “I know a fine way to treat a Steinway.”

After shuttering its Manhattan factory, Steinway & Sons moved its manufacturing operations to Queens, and as a child Henry wandered through a labyrinth of sawdust-strewn workrooms. He joined the company after graduating from Harvard in 1937 and began his career by building pianos, just as his father and uncles had.

“I learned a respect for work that is actually done,” Mr. Steinway said years later.

He also discovered that making instruments that have thousands of tiny parts under the lid is not easy. He said it took him a day and a half to do what the workers at the factory did in four hours.

In the 1940s, following the death of a cousin who had been the company’s general manager, Mr. Steinway began overseeing operations at the company’s three factories in Queens. Poor eyesight kept him away from the front lines during World War II; the Army stationed him on Governors Island in New York Harbor.

He became the factory manager after the war and president of the company in 1955, when his father made a surprise announcement that he was stepping down, immediately.

By then the piano business was struggling against changing technologies and tastes. Phonographs and radios had displaced pianos as home entertainment choices, and television was on the rise. As Mr. Steinway recalled in 2003: “People would say: ‘You’re in the piano business? That doesn’t exist anymore.’ ”

So he downsized the company — though he preferred the term “right-sized” — closing two of the plants in Queens. He decided that concert artists to whom the company had lent pianos would have to return them, unless they bought them.

He also arranged to sell Steinway Hall, the company’s building on West 57th Street, to Manhattan Life Insurance Company. He moved most of the company’s offices, including his own, to Queens. But the showroom, with its big front window and arched ceilings, remained.

He left the rest of the sentence unsaid. He said he did not believe that any of his younger relatives could take over, so he proposed a $20.1 million stock swap with the CBS Corporation. The deliberations split the family, with his mother, Ruth, calling the sale “a betrayal,” although she ultimately voted for it.

CBS replaced him as president in 1977, naming him chairman. He gave up that title when he retired at 65, but he never really left. Until a few months ago, he went to Steinway Hall most days. He also went to the factory to autograph just-finished pianos, signing the cast-iron plates with felt-tip pens. At times he served as a goodwill ambassador, visiting piano dealers and attending music-industry conventions.

Last year President Bush presented him with the National Medal of Arts, the government’s highest award in the arts. Mr. Steinway was also the founding president of the Museum of Making Music in Carlsbad, Calif.

In addition to his daughter Susan, of Cambridge, Mass., he is survived by his wife, Polly; another daughter, Kate, of West Hartford, Conn.; three sons, William, of Chapel Hill, N.C., Daniel, of Rutland, Vt., and Henry E., of Los Angeles; and seven grandchildren.

CBS sold Steinway in 1985, and the company changed hands again in 1995. Mr. Steinway recalled worrying about that sale, to what was then Selmer Industries, a band-instrument manufacturer that had been taken over by two investment bankers from Los Angeles.

But the two investment bankers, Dana D. Messina and Kyle R. Kirkland, changed Selmer Industries’ name to Steinway Musical Instruments. Mr. Steinway liked to recall that when they took the company public in 1998, they used Ludwig van Beethoven’s initials for a stock symbol— LVB — because all possible combinations of S’s and T’s were taken.