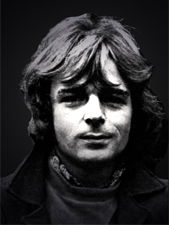 Wright appeared on the group's first album, The Piper at the Gates of Dawn, in 1967 alongside lead guitarist Syd Barrett, Roger Waters and Nick Mason.

Dave Gilmour joined the band at the start of 1968 while Barrett left the group shortly afterwards.

Wright penned songs on classic albums including The Dark Side Of The Moon and Wish You Were Here.

His spokesman said: "The family of Richard Wright, founder member of Pink Floyd, announce with great sadness that Richard died today after a short struggle with cancer.

"The family have asked that their privacy is respected at this difficult time."

He did not say what form of cancer the self-taught keyboard player and pianist had.

Wright, a founder member of The Pink Floyd Sound - and other previous incarnations including Sigma 6 - met Waters and Mason at architecture school.

Pink Floyd achieved legendary status with albums including 1973's The Dark Side Of The Moon, which stayed in the US album chart for more than a decade.

Wright, known as Rick earlier in his career, wrote The Great Gig In The Sky and Us And Them from the album.

Waters left the band in 1981, performing his last concert at London's Earls Court.

Wright, together with Gilmour and Mason and Wright, continued to record and tour as Pink Floyd during the remainder of the 1980s and into the 1990s, releasing their last studio album - The Division Bell - in 1994.