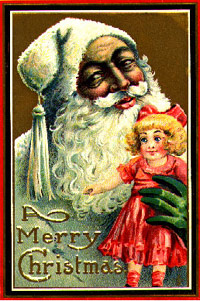 WYOMING, Minn. - Ralph S. Plaisted, an insurance salesman turned explorer who in 1968 led the first expedition that indisputably reached the North Pole over the ice, has died. He was 80.

Plaisted died Monday of natural causes at his home in Wyoming, Minn., north of St. Paul, his family said.

Traveling by snowmobile, Plaisted and three other men reached the North Pole on April 19, 1968. An Air Force weather plane verified their position a day later and gave them a lift back.

The 1909 attempt to reach the North Pole by explorer Robert Peary, long credited as the first to make it there, was never validated by anyone outside Peary's party.

In a 1988 Associated Press interview, Plaisted said Peary was a great navigator but his own difficulties in the Artic, including a failed attempt in 1967, had convinced him that Peary's claim was only wishful thinking.

Along the way, the Plaisted expedition encountered cliffs of ice 40 feet high, days of waiting for a two-mile-wide stretch of water to freeze, occasionally falling through the ice and temperatures reaching 65 below zero.

"(Peary) said he went to the North Pole in 37 days and came back over the same trail in 16, and we knew that couldn't happen because the roads we built were gone in a few hours," said Plaisted. "Up there, there're 5 1/2 million square miles of ocean and it's moving constantly."

"We knew Peary didn't do it. All the members of our expedition knew it," he said.

His own expedition — 474 miles as the crow flies from the starting point at Ward Hunt Island, Canada — took a little over 43 days. Because of the dangers, Plaisted said in 1988, he "wouldn't go back there if you put a million dollars on my desk right now."

In 1988, original navigational records uncovered from Peary's dog-sled voyage indicated the renowned explorer probably never got closer than 121 miles from the pole. But the Peary controversy has never been fully resolved.

"Over the years since the (Plaisted) expedition, the team accomplishment really never got recognized," said Jerry Pitzl, the expedition's navigator, told the St. Paul Pioneer Press.

Plaisted had his own insurance agency in St. Paul and was an avid snowmobiler when the idea of going to the North Pole was hatched. His group spent months in northern Minnesota training.

Besides Pitzl, the four-member team also included navigator Walt Pederson and scout Jean-Luc Bombardier, a nephew of Joseph-Armand Bombardier, a key developer of the snowmobile. The team used 16-horsepower Ski-Doos, made by the Bombardier company.

When the expedition reached the pole — which Plaisted called "one mass of jumbled ice not any different from anywhere else up there" — the group spent the night waiting for the U.S. Air Force plane to fly over and document their achievement.

"The next morning at 10 o'clock we had to move our tents some 2 miles so we could be in the same position as the night before," he said.

He is survived by three daughters, a son, a brother and two grandchildren.