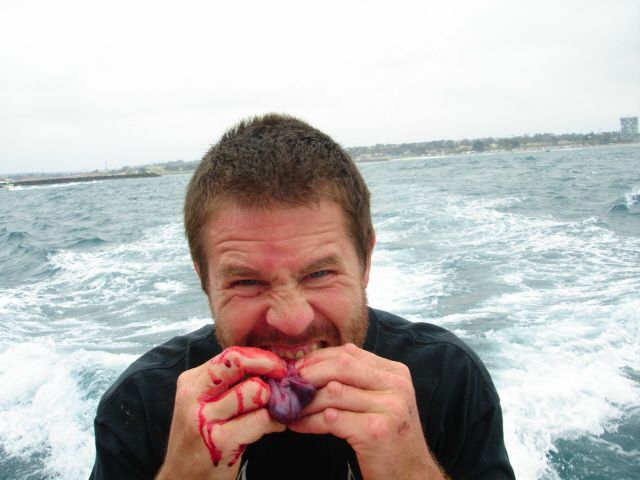 Tanner had trekked into the desert on a journey to “cleanse” himself, according to Douglas Vincitorio of Tanner’s management team. “He went out to the desert to do a ‘cleansing’ as he called it. Kind of like ‘Survivorman.’” These short trips were not new to Tanner, said Vincitorio. It is something that he has done numerous times over the years.

“What we were told is that (Sheriff’s officials who found Tanner) believe his motorcycle had run out of gas, so he went to walk out in like 115- to 118-degree heat,” Vincitorio said. “He was miles away from his camp. That’s where the helicopter found him. Right now, they just think that he succumbed to the heat.”


Tanner had apparently told friends before he left that if they hadn’t heard from him in a couple of days, they should contact officials, which is what happened. When he stopped responding to text messages, friends waited a couple of days and then notified officials at the Imperial County Sherrif’s Department on Friday.

A search ensued and Tanner’s body was found Monday.

On Aug. 10, Tanner wrote a blog on Spike TV’s website, proclaiming his desire to start an adventure in the desert east of his new home in Oceanside, Calif. An avid outdoorsman and wandering spirit, he wanted to escape civilization for a while.

On Aug. 16, Tanner wrote about collecting supplies for his journey, and wrote about the dangers he might face.

“I plan on going so deep into the desert, that any failure of my equipment, could cost me my life,” he said. “I’ve been doing a great deal of research and study. I want to know all I can about where I’m going, and I want to make sure I have the best equipment.”

Of course, this led followers of his blog to fear for his safety, as they often did when Tanner reported his frequent by-the-seat-of-his-pants adventures. In a blog dated Aug. 27, Tanner tried to calm his audience.

“This isn’t a version of ‘Into the Wild,’” he wrote. “I’m not going out into the desert with a pair of shorts and a bowie knife, to try to live off the land. I’m going fully geared up, and I’m planning on having some fun.”

But he also affirmed that things could go wrong if his equipment wasn’t up to snuff.

“I do plan on going back pretty far, so I did mention in one of my posts that I wanted to make sure to have good quality gear,” he said. “Any failure of gear out in the desert could cause a problem.”

On Sept. 2, Tanner wrote his final blog entry, documenting a training session at a facility in Oceanside.

The Amarillo, Texas native was a high school wrestling stand out who won the state championships his junior and senior years despite only getting into the sport as a sophomore. He entered mixed martial arts in 1997 encouraged by friends.

Tanner rose to the top of the mixed martial arts world by winning the UFC middleweight title over David Terrell at UFC 51: “Super Saturday” Feb. 5, 2005. He lost the title later in the year to Rich Franklin. Tanner, who had a career MMA record of 32-8 last competed in the UFC on June 21 losing to Kendall Grove by split decision.

“He will obviously be sorely missed,” said Vincitorio. Adding, “I think that Evan would want to be remembered as a very complex man with many layers, not just a fighter.”

Tanner was surely a unique personality. He’s eclectic spirit and competitive nature will be sorely missed in the MMA community.