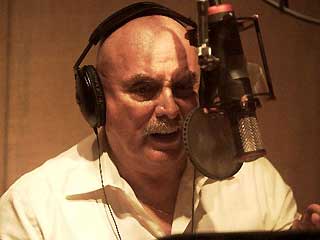 LOS ANGELES — Don LaFontaine, the man behind the chilling voice in various movie trailers and commercials, died Monday, his agent said. He was 68.

LaFontaine died at Cedars-Sinai Medical Center in Los Angeles of complications from a collapsed lung, ETOnline reported. The official cause of death, however, was not immediately released.

LaFontaine's vocal talents have appeared in over 5,000 movie trailers and nearly 350,000 commercials. He is most famous for the introductory line, "In a world..."

LaFontaine most recently appeared in a Geico Insurance commercial where he was referred to as "that announcer guy."

He is survived by his wife, singer/actress Nita Whitaker, and three children Christine, Skye and Elyse.