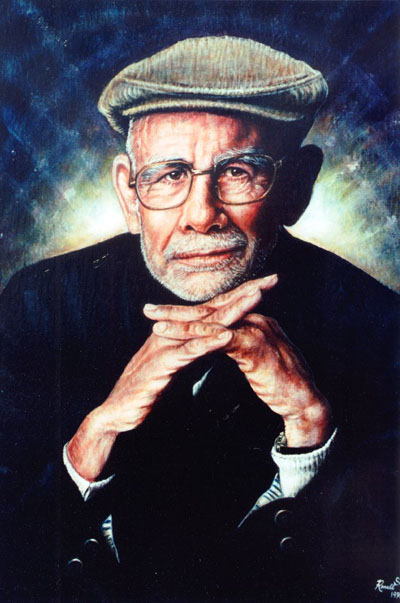 NEW YORK - Legendary record producer Jerry Wexler, who helped shape R&B music with influential recordings of Aretha Franklin, Ray Charles and other greats, and later made key recordings with the likes of Bob Dylan and Willie Nelson, has died, said his son, Paul.

EW YORK - Legendary record producer Jerry Wexler, who helped shape R&B music with influential recordings of Aretha Franklin, Ray Charles and other greats, and later made key recordings with the likes of Bob Dylan and Willie Nelson, has died, said his son, Paul.

Paul Wexler said his father died at a hospice in Sarasota, Fla., about 3:45 a.m. Friday of congenital heart disease; the death was first confirmed to The Associated Press by David Ritz, co-author of Wexler's 1993 memoir, "Rhythm and the Blues."

Both his son and daughter Lisa were present at the time of his death. Paul Wexler told the AP his father's death was "a tremendous loss."

"The number of artists that he was involved with and helped significantly or just made great records with, the list is almost unbelievable," Paul Wexler added. "And many of them are gone now."

Wexler earned his reputation as a music industry giant while a partner at Atlantic Records with another legendary music figure, the late Ahmet Ertegun. Atlantic provided an outlet for the groundbreaking work of African-American performers in the 1950s and 1960s. Later, it was a home to rock icons like Led Zeppelin and the Rolling Stones. He later helped Dylan win his first Grammy by producing his 1979 "Slow Train Coming" album.

Wexler helped boost the careers of both the "King of Soul," Charles, and the "Queen of Soul," Franklin. Wilson Pickett, Solomon Burke and Percy Sledge were among the other R&B greats who benefited from Wexler's deft recording touch. He also produced Dusty Springfield's classic "Dusty in Memphis," considered a masterpiece of "blue-eyed" soul.

"He loved black music, R&B music and rhythm and blues was his foundation. He had a feeling for it, he had the knack to keep it going in his heart and recognize the talent that he felt was real," Burke told the AP after learning of his death. "Jerry Wexler didn't change the sound of America, he put the sound to the public. He open the doors and windows to the radio stations ... and made everybody listen."

Among the standards produced by Wexler: Franklin's "Respect," a dazzling, feminist reworking of an Otis Redding song; Sledge's deep ballad "When A Man Loves A Woman" and Pickett's "In the Midnight Hour," with a horn vamp inspired by Wexler's admittedly rhythmless dancing.

Wexler was named to the Rock and Roll Hall of Fame in 1987.

"No one really knew how to make a record when I started," he said in a profile on the rock hall's Web site. "You simply went into the studio, turned on the mike and said, `Play.'"

In the studio, Wexler was a hands-on producer. Once, during a session with Charles, the tambourine player was off the beat. Wexler, in his award-winning autobiography, recalled grabbing the instrument and playing it himself.

"Who's that?" asked Charles.

"Me," Wexler told the blind singer.

The son of Polish immigrants and a music buff since his teens, Wexler landed a job writing for Billboard magazine in the late 1940s after serving in World War II and studying journalism in college. There he coined the term "rhythm and blues" for the magazine's black music charts; previously, they were listed under "race records."

While working at Billboard, Wexler befriended Ertegun — a life-altering friendship for both. Ertegun and a partner had started Atlantic, then a small R&B label in New York. In 1953, when Ertegun's partner left for a two-year military hitch, Wexler stepped in as the label's co-director.

"In the early sessions, I just sat there watching (Ertegun) while I was cowering in fright," Wexler told The Associated Press in 2001. "But as time went on, we proved to be a very successful team. ... We went on the road together, we hung out together."

He recalled that Ertegun "wrote many of the songs in the early days, and he drew upon his knowledge of jazz and the blues, because songs always have to have a source. ... This is not to say that there is not great originality."

While Ertegun enjoyed the more bohemian aspects of the music business, Wexler was a working partner. Wexler produced 16 albums and numerous hit singles for Franklin, who switched to Atlantic in the mid-1960s and rediscovered her gospel roots after several unhappy years singing show tunes for Columbia. "When it came to the studio, you could say the two of us were joined at the hip," he once said.

Franklin, in a 1980 interview with Rolling Stone, said their collaborations were "among my favorite sessions. I feel the things we did together were dynamite."

In 1967, Wexler and Ertegun sold Atlantic to Warner Bros. for $17.5 million. Although they stayed on to run the company, the pair began moving in different directions.

Wexler began working with a collection of Southern musicians in the 1970s, including guitar genius Duane Allman, Dr. John, and Delaney & Bonnie. He also produced albums for Willie Nelson.

In the 1980s, Wexler worked with Dire Straits, Carlos Santana and George Michael. In April 1988, Atlantic marked its 40th anniversary with an 11-hour concert at Madison Square Garden, with the stage shared by performers from Crosby, Stills & Nash to the Bee Gees to Ben E. King.

Wexler was the quintessential Jewish street kid who found a home in black music. He was born in 1917 in Manhattan's Washington Heights section, north of Harlem. He didn't take to school, preferring to hang out at places like Artie's Pool Room on 181st Street.

In his teens, he began haunting Harlem's jazz clubs and record stores, developing a lifelong passion for jazz and blues.

When his mother tried to refocus his energies by sending him to Kansas State University in 1936, Wexler instead began taking the 100-mile drive to Kansas City, Mo., to see performers like Count Basie and Joe Turner. His poor grades put him back in New York within two years.

Days after the attack on Pearl Harbor, Wexler was drafted into the Army. He spent the war stationed in Texas and Florida, then returned to college to earn a degree in journalism in 1947.

Paul Wexler said a private service will take place in the coming weeks in Sarasota, and his tombstone will read: "He changed the world."