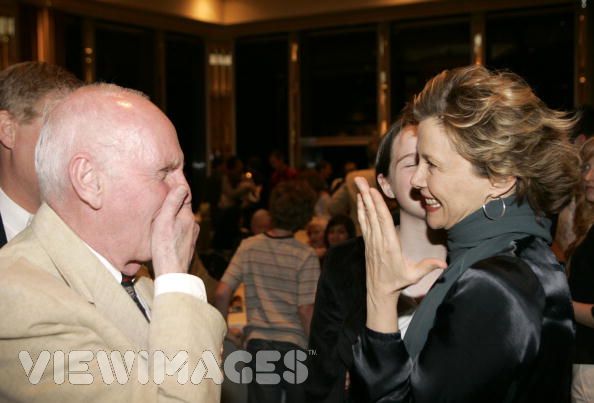 NEW YORK (AP) - George Furth, an actor and playwright who wrote the book for the innovative Stephen Sondheim musical "Company," died Monday. He was 75.

Furth died at a hospital in Santa Monica, Calif., said Dennis Aspland, his agent, who didn't know the cause of death.

Furth's collaboration with Sondheim started with 1970's "Company," an unconventional, revuelike musical which followed the tribulations of a thirtysomething New York bachelor and his inability to commit to a relationship. Furth won a Tony for his book of the show, which was directed by Harold Prince and featured the choreography of Michael Bennett.

"Company" has had two Broadway revivals since then — in 1995 and again in 2006 in a production where the actors also served as the show's musicians.

"Merrily We Roll Along," based on a play by Moss Hart and George S. Kaufman, was the duo's second musical collaboration. The 1981 show, which told its showbiz story in reverse chronology, closed in two weeks. Yet Sondheim's score remains a favorite of musical-theater buffs, and revised versions of "Merrily" have been done in various regional theaters as well as in London.

Furth and Sondheim also collaborated on "Getting Away with Murder," a comedy thriller that had a short Broadway run in 1996.

Furth began his career as an actor, appearing on Broadway in such short-lived productions as 1961's "A Cook for Mr. General" and the Judy Holliday musical "Hot Spot" in 1963.

As a playwright, Furth had several solo Broadway productions, most notably "Twigs" (1971), a comedy which won its star, Sada Thompson, a best-actress Tony. Directed by Michael Bennett, it told the story of four women, all members of the same family and all played by Thompson.

Among Furth's other Broadway efforts were the book for the John Kander-Fred Ebb musical "The Act" starring Liza Minnelli (1977) and two other plays, "The Supporting Cast" (1981) and "Precious Sons" (1986).

Furth also acted in movies including "Butch Cassidy and the Sundance Kid," "Myra Breckenridge," "Airport '77" and "Shampoo," as well as countless TV comedies.

There were no immediate survivors.