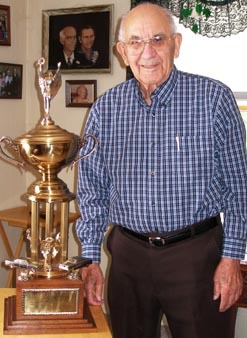 Moore won his lone NASCAR title in Winchester, Ind., and finished fourth in the 1950 standings. He drove from 1949-55 in the Grand National series against Lee Petty, Glenn "Fireball" Roberts and other contemporaries.

He made his NASCAR debut on Oct. 2, 1949, at Heidelberg Raceway in Pittsburgh, finishing sixth behind Lee Petty. His final start came on Sept. 5, 1955, at Darlington, S.C. He finished 24th in a 69-car field that included winner Herb Thomas, Everett "Cotton" Owens, Roberts and Petty.