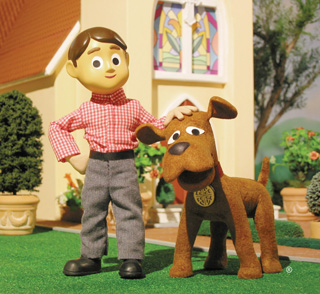 He died in Dallas of complications from a stroke, according to the St. Mark's School of Texas, where the memorial service will be held.

Sutcliffe created "Davey and Goliath," a Christian-themed children's show about a boy and his talking dog that used stop-action animation.

Church leaders approached Sutcliffe about using television to reach young people when he was director of Lutheran radio and television ministry in New York. He chose a format that would offer sound theology while being entertaining, his daughter told the newspaper.