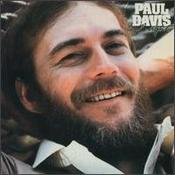 JACKSON, Miss. (AP) - Paul Davis, a singer and songwriter whose soft rock hit "I Go Crazy" stayed at the top of the charts for weeks after its release in 1977, died Tuesday. He was 60.

Davis' other popular hits included "65 Love Affair;" "You're Still New To Me," a country duet with Marie Osmond; and "Ride 'Em Cowboy."

Couch said Davis arrived at Malaco with his writing partner, George Soule, around 1968.

After Davis left Jackson, he moved to New York, Nashville and then back to Meridian, Couch said.

Edwards said his cousin had returned to Mississippi to retire.