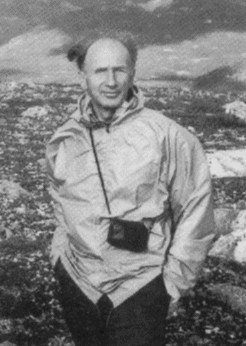 WASHINGTON (AP) - Edward Lorenz, the father of chaos theory, died at his home in Cambridge, Mass., Wednesday. He was 90.

He was a professor at the Massachusetts Institute of Technology when he came up with the scientific concept that small effects lead to big changes, something that became known as the "butterfly effect." He explained how something as minuscule as a butterfly flapping its wings in Brazil changes the constantly moving atmosphere in ways that could later trigger tornadoes in Texas.

His discovery of "deterministic chaos" brought about "one of the most dramatic changes in mankind's view of nature since Sir Isaac Newton," said the committee that awarded Lorenz the 1991 Kyoto Prize for basic sciences. It was one of many scientific awards that Lorenz won.

Lorenz, a meteorologist, came up with the chaos theory concept in the 1960s through his own meticulous work habits, said Kevin Trenberth, a student of Lorenz's. Trenberth is now climate analysis chief at the National Center for Atmospheric Research.

He inadvertently ran what seemed like the same calculations through a creaky computer twice and came up with vastly different answers. When he tried to figure out what happened, he noticed a slight decimal point change - less than 0.0001 - wound up leading to significant error. That error became a seminal scientific paper, presented in 1972, about the butterfly effect.