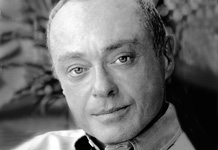 Kamel was found dead of a heart attack in his Hollywood Hills home by his agents, publicist Cynthia Snyder said.

Kamel, born on Jan. 1, 1943, in New Brunswick, N.J., had a nearly four-decade acting career, much of it on television. He had a recurring role as an unscrupulous psychiatrist, Dr. Graham Lester, in the 1995 television series "Murder One," and other recurring roles on "Days of Our Lives," "Melrose Place" and "Beverly Hills 90210" as well as smaller roles on many other shows.

Kamel began acting off-Broadway and got his first television break playing Eric Peters on "Days of Our Lives" in the 1970s. He appeared in several movies.

For several years, he portrayed Dr. Charles Kroger on the USA Network series "Monk." As Kroger, he dispensed advice during weekly therapy sessions to Monk (Tony Shalhoub), a brilliant but neurotic private detective with obsessive-compulsive disorder.