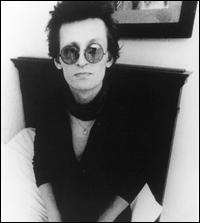 A founding father of krautrock has passed away. Klaus Dinger, who played drums for Kraftwerk and went on to co-found Neu!, died March 21, although the news of his death was not made public until today. A report from Neu! label Grönland cites the cause of death as heart failure. Dinger was 61, and would have turned 62 on March 24.

Dinger trademarked the steady, propulsive drumming style that came to define the motorik sound associated with krautrock. He drummed on Kraftwerk's 1970 self-titled debut before leaving the band, along with guitarist Michael Rother, to start Neu! Neu! released three seminal albums during the 70s, and had a noted influence on everyone from David Bowie to Sonic Youth to Stereolab.

After Neu! dissolved, Dinger achieved commercial success with La Düsseldorf, and in the 90s he formed a composite group of sorts called La! Neu?

René Renner, head of Grönland Records, called Dinger "an uncompromising musician, a challenging personality, [an] inspirational human being, and one of the most influential drummers" in a statement released today.

Rother eulogized Dinger on his website, writing, "Together with many friends of his music I will remember Klaus for his creativity as an artist and I will think about him with gratitude for his wonderful contributions to our project Neu!."