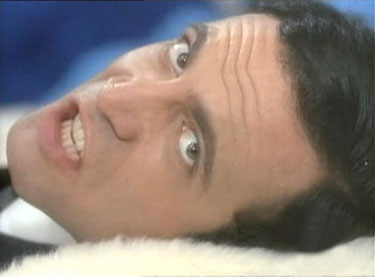 LOS ANGELES, California (AP) -- David Groh, the handsome, hardworking character actor who was best known as the easygoing man Rhoda Morgenstern married and divorced during the run of Valerie Harper's hit 1970s sitcom "Rhoda," has died. He was 68.

Divorce was not a subject generally addressed on television in the 1970s, and when Groh's character, Joe Gerard, and Harper's Morgenstern split up during the show's third season, viewers were stunned. Their marriage had resulted in one of the show's highest-rated episodes, and when they split people sent them condolence cards.

The show had begun in 1974 as a spinoff from television's hugely popular "The Mary Tyler Moore Show," which was set in Minneapolis. "Rhoda" had Harper's character moving back home to New York City, where she met and married Joe.

Groh, who left the series after the divorce episodes, went on to appear in dozens of TV shows and films, as well as on Broadway, over the next 30 years.

He portrayed the nefarious D.L. Brock on the daytime soap opera "General Hospital" from 1983 to 1985 and had recurring roles on "Baywatch," "Law & Order" and other shows.

His film credits included "Get Shorty," "Two Minute Warning" and "Broken Vow," and he appeared on Broadway in Neil Simon's "Chapter Two" and Jon Tolin's "Twilight of the Golds."

Groh attended the London Academy of Music and Dramatic Art on a Fulbright scholarship. After a stint in the U.S. Army, he returned to New York to study at the Actors Studio.