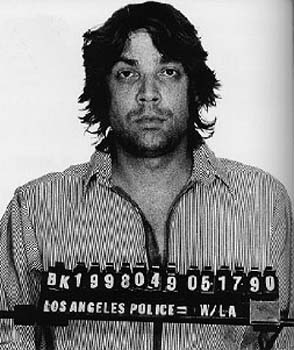 LOS ANGELES, California (AP) -- Christian Brando, the troubled eldest son of the late famed actor Marlon Brando, has died from pneumonia at a Los Angeles hospital, an attorney said Saturday. He was 49.

Seeley said Brando was taken to the hospital on January 11. There are no funeral plans yet scheduled, he added.

"This is a sad and difficult time for the family," Seeley said.

Born May 11, 1958, the younger Brando had small roles in a handful of movies, including 1968's "I Love You, Alice B. Toklas!" but he was better known for his brushes with the law.

He spent five years in prison after pleading guilty to manslaughter in 1990 for killing his sister's boyfriend, Dag Drollet, at the Brando family's estate.

Brando said he accidentally shot Drollet as they struggled for a gun during an argument over whether Drollet, 26, had beaten Brando's pregnant half-sister, Cheyenne.

Cheyenne, who later gave birth to Drollet's son, committed suicide in 1995 after losing custody. She was 25.

Brando's ex-wife, Deborah Brando, sued him for domestic violence in 2005. She claimed that shortly after their 2004 marriage, Brando repeatedly beat her and threatened to kill her in the presence of her teenage daughter.

Brando countersued, alleging that his ex-wife broke into his home and beat him because he wanted to annul their marriage only 10 weeks after exchanging vows.

The lawsuits were settled last year on undisclosed terms.

Brando was charged January 10, 2005, with two counts of spousal abuse and he pleaded guilty. He was placed on three years' probation and ordered to drug and alcohol rehabilitation as well as a spousal-abuse prevention program.

Brando also was the one-time lover of Bonnie Lee Bakley, who was shot to death in 2001. At one time, Bakley claimed Brando had fathered her child but tests showed it belonged to actor Robert Blake, whom she later married.

Blake was tried for her murder and acquitted but later ordered to pay $30 million in a wrongful death lawsuit. During that civil case, Blake's lawyer suggested Brando was the killer.

Brando, who had denied any involvement, invoked his Fifth Amendment right against self-incrimination on the stand during the trial.

Seeley said Brando was not married at the time of his death and did not leave any children.