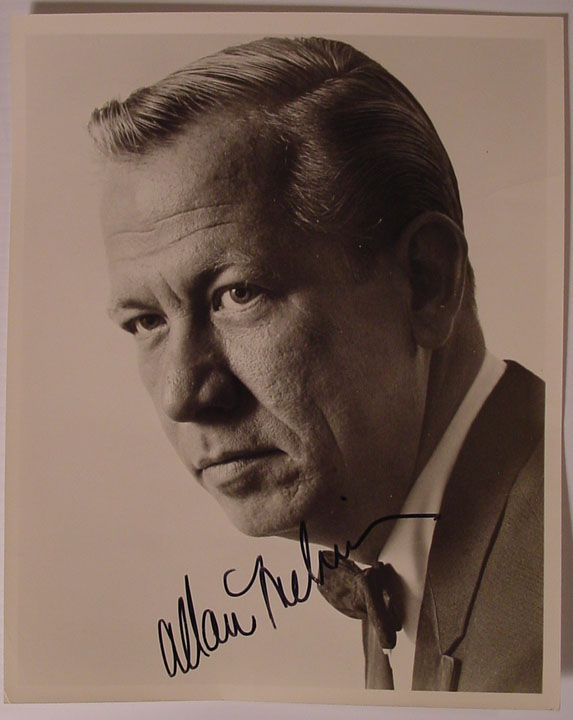 LOS ANGELES, California (AP) -- Allan Melvin, a character actor best known for playing Sam the Butcher on "The Brady Bunch," has died. He was 84.

Melvin died of cancer Thursday at his home in the Brentwood section of Los Angeles, said Amalia Melvin, his wife of 64 years.

The jowly, jovial Melvin spent decades playing a series of sidekicks, second bananas and lovable lugs, including Archie Bunker's friend Barney Hefner on "All in the Family," and Sgt. Bilko's right-hand man Cpl. Henshaw on the "Phil Silvers Show."

But his place in pop culture will be fixed as butcher and bowler Sam Franklin, the love interest of Brady family maid Alice Nelson, who was played by Ann B. Davis. Melvin played the role from 1970 to 1973.

Born in Kansas City, Missouri, in 1923, Melvin grew up in New York and attended Columbia University.

He was appearing on Broadway in "Stalag 17" when he began his decades-long television career with "The Phil Silvers Show," playing a role his wife said was always his favorite.

"He was proudest of that show," Amalia Melvin said. "I think the camaraderie of all those guys made it such a pleasant way to work. They were so relaxed."

He saw steady employment as a voice actor from the early 1960s to the early 1990s, most famously providing the voice of "Magilla Gorilla" for the Hanna Barbera cartoon of the same name.

His other credits include several guest appearances on "The Andy Griffith Show," "Gomer Pyle: USMC," and "The Dick Van Dyke Show."