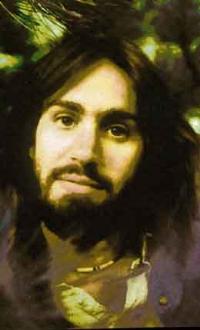 NEW YORK (AP) -- Dan Fogelberg, the singer and songwriter whose hits "Leader of the Band" and "Same Old Lang Syne" helped define the soft-rock era, died Sunday at his home in Maine after battling prostate cancer. He was 56.

His death was announced Sunday on the singer's Web site.

"Dan left us this morning at 6 a.m. He fought a brave battle with cancer and died peacefully at home in Maine with his wife, Jean, at his side," it read. "His strength, dignity and grace in the face of the daunting challenges of this disease were an inspiration to all who knew him."

Fogelberg discovered he had advanced prostate cancer in 2004. In a statement then, he thanked fans for their support: "It is truly overwhelming and humbling to realize how many lives my music has touched so deeply all these years. ... I thank you from the very depths of my heart."

Fogelberg's music was powerful in its simplicity. He didn't rely on the volume of his voice to convey his emotions; instead, they came through in the soft, tender delivery and his poignant lyrics. Songs like "Same Old Lang Syne" -- in which a man reminisces after meeting an old girlfriend by chance during the holidays -- became classics not only because of his performance, but also for the engaging storyline.

Fogelberg's heyday was in the 1970s and early '80s, when he scored several platinum and multiplatinum records fueled by such hits as "The Power of Gold" and "Leader of the Band," a touching tribute he wrote to his father, a bandleader. Fogelberg put out his first album in 1972.

Fogelberg's songs tended to have a weighty tone, reflecting on emotional issues in a serious way. But in an interview with the Milwaukee, Wisconsin, Journal Sentinel in 1997, he said it did not represent his personality.

"That came from my singles in the early '80s," he reflects. "I think it probably really started on the radio. I'm not a dour person in the least. I'm actually kind of a happy person. Music doesn't really reflect the whole person.

"One of my dearest friends is Jimmy Buffett. From his music, people have this perception that he's up all the time, and, of course, he's not. Jimmy has a serious side, too."

Later in his career, he would write material that focused on the state of the environment, an issue close to his heart. Fogelberg's last album was 2003's "Full Circle," his first album of original material in a decade. A year later he would receive his cancer diagnosis, forcing him to forgo a planned fall tour.