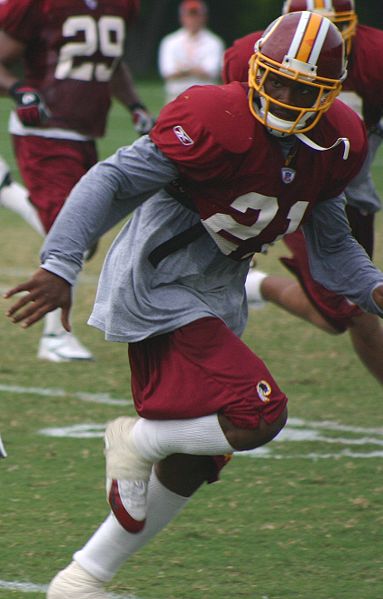 Sharpstein told CNN that the 24-year-old football player was shot Monday during what may have been an attempted robbery and died later at a hospital.

"The blood loss was too much. He didn't make it," Sharpstein told CNN. "He did supposedly squeeze a nurse's hand. I wasn't there," said Sharpstein. "But obviously that was either some kind of response or muscle reaction and not any sign for the better."

He never regained consciousness after the shooting, Sharpstein said. "It's a senseless, tragic death that was so unnecessary, another example of the incessant violence in -- not only our community -- but the country now." Video Watch Sharpstein describe Taylor's death »

At 1:45 a.m. Monday, a woman identified as Taylor's girlfriend called 911 and said someone had been shot. Taylor was airlifted to Miami's Jackson Memorial Hospital.

Eight days before the attack, someone forced open a window in Taylor's home and -- The Associated Press reported -- left a kitchen knife on a bed, according to police. Sharpstein confirmed that there had been a previous attempt to break into Taylor's home last week.


A hospital spokeswoman could not confirm the news of Taylor's death.

Sharpstein said Taylor, his girlfriend and their baby daughter were inside the house when someone broke through the front door. When the NFL safety used a machete to defend himself, the attacker allegedly shot at him twice, missing once and striking his thigh's femoral artery, the attorney said.

"Whether this was a purposeful action in taking Sean's life or in shooting him or whether it was a burglary gone awry, the police are still investigating those circumstances," Sharpstein said.

Police were talking with witnesses who were in the home at the time of the shooting.

Miami-Dade police would not confirm Sharpstein's account of the shooting, but said they had received a report of a break-in at Taylor's house on November 18.

According to the police report, Taylor's mother reported the break-in, saying it occurred while the house was empty between Saturday evening and Sunday evening. Police found a window pried open, but could not confirm if anything was missing.

Taylor spent four years with the Redskins, but had been out with a sprained right knee.

He did not play in Sunday's game against the Tampa Bay Buccaneers.

Redskins coach Joe Gibbs called the incident a "tragedy" and said neither he nor the team had "experienced anything like this."

Taylor was a first-round pick in the 2004 draft. He played at the University of Miami, where he was an All-American in 2003, and was also a high school standout in the city, according to The Associated Press. His father, Pedro Taylor, is the police chief of Florida City, Florida, AP reports.
advertisement

Taylor was described as personable and smart and an emerging locker room leader, since the birth of his daughter Jackie, according to AP.

"From the first day I met him, from then to now, it's just like night and day," Redskins receiver James Thrash told AP. "He's really got his head on his shoulders and has been doing really well as far as just being a man. It's been awesome to see that growth."