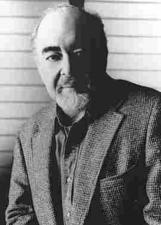 Ira Levin, a mild-mannered playwright and novelist who liked nothing better than to give people the creeps — and who did so repeatedly, with best-selling novels like “Rosemary’s Baby,” “The Stepford Wives” and “The Boys From Brazil” — died on Monday at his home in Manhattan. He was 78.

No specific cause of death had been determined, but Mr. Levin appeared to have died of natural causes, his son Nicholas said yesterday.

Mr. Levin’s output was modest — just seven novels in four decades — but his work was firmly ensconced in the popular imagination. Together, his novels sold tens of millions of copies, his literary agent, Phyllis Westberg, said yesterday. Nearly all of his books were made into Hollywood movies, some more than once. Mr. Levin also wrote the long-running Broadway play “Deathtrap,” a comic thriller.

Combining elements of several genres — mystery, Gothic horror, science fiction and the techno-thriller — Mr. Levin’s novels conjured up a world full of quietly looming menace, in which anything could happen to anyone at any time. In short, the Ira Levin universe was a great deal like the real one, only more so: more starkly terrifying, more exquisitely mundane.

In “Rosemary’s Baby” (Random House, 1967), a young New York bride may have been impregnated by the Devil. In “The Stepford Wives” (Random House, 1972), the women in an idyllic suburb appear to have been replaced by complacent, preternaturally well-endowed androids. In “The Boys From Brazil” (Random House, 1976), Josef Mengele, alive and well in South America, plots to clone a new Hitler from the old.

Few critics singled out Mr. Levin as a stylist. But most praised him as a master of the ingredients essential to the construction of a readable thriller: pace, plotting and suspense. Reviewing “Rosemary’s Baby” in The New York Times Book Review, Thomas J. Fleming wrote:

“Mr. Levin’s suspense is beautifully intertwined with everyday incidents; the delicate line between belief and disbelief is faultlessly drawn.” Mr. Fleming was less impressed, however, with the novel’s denouement:

“Here, unfortunately, he pulls a switcheroo which sends us tumbling from sophistication to Dracula,” the review continued. “Our thoroughly modern suspense story ends as just another Gothic tale.”

There was also a spate of made-for-TV sequels: “Look What’s Happened to Rosemary’s Baby” (1976), “Revenge of the Stepford Wives” (1980) and “The Stepford Children” (1987). A big-screen remake of “The Stepford Wives,” starring Nicole Kidman and Matthew Broderick, was released in 2004.

Ira Marvin Levin was born in Manhattan on Aug. 27, 1929. Reared in the Bronx and Manhattan, he attended Drake University in Iowa for two years before transferring to New York University, from which he received a bachelor’s degree in 1950. From 1953 to 1955, he served in the Army Signal Corps.

As a college senior, Mr. Levin had entered a television screenwriting contest sponsored by CBS. Though he was only a runner-up, he later sold his screenplay to NBC, where it became “Leda’s Portrait,” an episode in the network’s anthology suspense series “Lights Out,” in 1951.

While continuing to write for television, Mr. Levin published his first novel, “A Kiss Before Dying,” when he was in still his early 20s. Widely praised by critics for its taut construction and shifting points of view, the novel tells the story of a coldblooded, ambitious young man who murders his wealthy girlfriend, gets away with it, and becomes involved with her sister.

“A Kiss Before Dying” won the 1954 Edgar Award for best first novel from the Mystery Writers of America. It was filmed twice, in 1956 with Robert Wagner; and in 1991 with Matt Dillon.

Mr. Levin, who won a second Edgar in 1980 for “Deathtrap,” was named a grand master by the Mystery Writers of America in 2003.

Before returning to fiction with “Rosemary’s Baby,” Mr. Levin focused on writing for the stage. His comedy “No Time for Sergeants” (1955), which he adapted from the novel by Mac Hyman, was a hit on Broadway. (The play, and the 1958 film of the same title, starred a young actor named Andy Griffith.)

Mr. Levin’s later Broadway outings, among them “Drat! The Cat!,” a musical that ran for eight performances in 1965, were less successful. (A song from the musical, “She Touched Me,” with lyrics by Mr. Levin and music by Milton Schafer, did go on to become a hit for Barbra Streisand as “He Touched Me.”)

Then came “Deathtrap.” The tale of an aging dramatist who plots to kill a young rival and steal his new play, “Deathtrap,” ran on Broadway for 1,793 performances, from 1978 to 1982. It became a Hollywood film in 1982, starring Michael Caine and Christopher Reeve.

Mr. Levin’s two marriages, to Gabrielle Aronsohn and Phyllis Finkel, ended in divorce. He is survived by three sons from his marriage to Ms. Aronsohn: Adam Levin-Delson of Bothell, Wash.; Jared Levin and Nicholas Levin, both of Manhattan; a sister, Eleanor Busman of Mount Kisco, N.Y.; and three grandchildren.

If Mr. Levin never achieved renown as a literary novelist, that, judging from many interviews over the years, was perfectly fine with him. It tickled him that the phrase “Stepford wife,” and even “Stepford” as an adjective (denoting anything robotic or acquiescent), had entered the English lexicon.

Mr. Levin was less pleased, however, at the tide of popular Satanism his work appeared to unleash.

“I feel guilty that ‘Rosemary’s Baby’ led to ‘The Exorcist,’ ‘The Omen,’” he told The Los Angeles Times in 2002. “A whole generation has been exposed, has more belief in Satan. I don’t believe in Satan. And I feel that the strong fundamentalism we have would not be as strong if there hadn’t been so many of these books.”

“Of course,” Mr. Levin added, “I didn’t send back any of the royalty checks.”