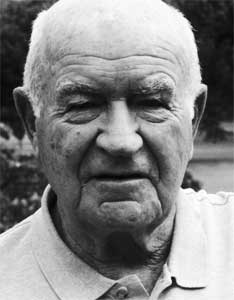 Peter Viertel, the novelist, memoirist and screenwriter best known for his books chronicling episodes in the lives of Ernest Hemingway and John Huston, has died. He was 86.

Viertel, the novelist, memoirist and screenwriter best known for his books chronicling episodes in the lives of Ernest Hemingway and John Huston, has died. He was 86.

Viertel died of lymphoma Sunday in the Spanish coastal resort of Marbella, according to Paula Kane, a family friend. His death came less than three weeks after his wife of 47 years, actress Deborah Kerr, died in Suffolk, England, also at 86.

A formidable figure and bon vivant in his own right, Viertel drew upon his relationships with Hemingway and Huston -- two larger-than-life friends -- in his most noted books, the novel "White Hunter, Black Heart" (1953) and the memoir "Dangerous Friends: At Large with Hemingway and Huston in the Fifties" (1992). He would later help adapt "White Hunter, Black Heart" for the 1990 film that Clint Eastwood starred in and directed.

Huston invited Viertel to accompany him to Africa in 1951 to help with dialogue in James Agee's unfinished script for "The African Queen," which gave Viertel a front-row seat to watch the distracted filmmaker hunt wild game while the crew endured wretched conditions, unbearable heat, aggressive insects and dysentery during delays in shooting.

Huston's goal was to bag an elephant -- and the film, which turned out to be a classic, took second billing to that endeavor. The relationship between Huston and Viertel suffered over their different views about the script and Viertel's decision not to hunt with the director.

"John had a bee up his bonnet that he was going to kill an elephant, and it became an obsession with him," Viertel told The Times some years ago. "People like Hemingway and Huston did that kind of thing to prove themselves."

And although Huston didn't get his elephant, Viertel bagged enough rich material from the expedition to write "White Hunter, Black Heart," which, although fictionalized, laid down in honest detail his true feelings about the dark side of Huston's genius.

"I really wrote the book as a personal letter to him," Viertel told The Times.

"I was very, very fond of him. Outside of Billy Wilder, I thought he had more potential than any other filmmaker, and I didn't want him to [throw] it away."

After finishing the book, Viertel showed it to Huston and offered to change or delete anything he thought offensive.

Huston asked for no changes, and as Richard Schickel noted in his biography of Clint Eastwood, "White Hunter, Black Heart" became a best seller in 1953 "thanks in part to an ending suggested by Huston himself in which his character is portrayed more monstrously than he was in real life."

In "Dangerous Friends," Viertel continued to spin tales about Huston and Hemingway, as well as other figures of interest he met along the way, including Orson Welles, Ava Gardner and Viertel's first wife, Jigee.

In the New York Times, critic Janet Maslin noted that the memoir "unfolds strangely, mixing trenchant observations with others that center solely on name-dropping, some of it inconsequential or even secondhand."

The portrait of Huston emerging from the book was far more favorable than that of Hemingway, who was depicted as "a social bully with a swollen ego -- in other words, the Hemingway we have come to know all too well from the many biographies and memoirs that have appeared since his death," wrote Bruce Cook in the Chicago Tribune.

Cook also noted that when Viertel wrote about Huston, he "emphasizes the director's charm, which was authentic and spontaneous, and his fundamental sense of himself."

Viertel, who met Hemingway in Ketchum, Idaho, in 1948, would also be responsible for bringing Huston and Hemingway together at a meeting in Havana while Viertel and Huston were in Cuba to work on a script. Viertel later wrote the screenplays for Hemingway's novels "The Old Man and the Sea" and "The Sun Also Rises."

Writing in the journal "America," Richard C. Crowley compared "Love Lies Bleeding," which detailed the rise and fall of a Spanish bullfighter, to Hemingway's "Death in the Afternoon." But although Crowley called Viertel "a fine writer" he also said that "he was not a master," in clear reference to Hemingway