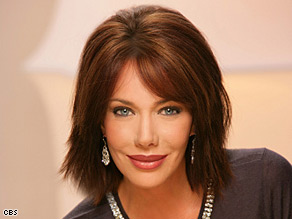 He was pronounced dead just before midnight Thursday at a home in the Las Vegas suburb of Henderson, authorities said. The cause of death was listed as accidental drowning, according to the Clark County coroner's office.

Hunter Tylo stars on CBS' "The Bold and the Beautiful." The 45-year-old actress was in Los Angeles at the time of the incident, show representative Eva Demirjian said. Demirjian declined further comment.

Hunter Tylo's ex-husband Michael Tylo is an assistant professor of film at the University of Nevada, Las Vegas.

The actress has three other children, Chris, Izabella Gabrielle and Katya Ariel.