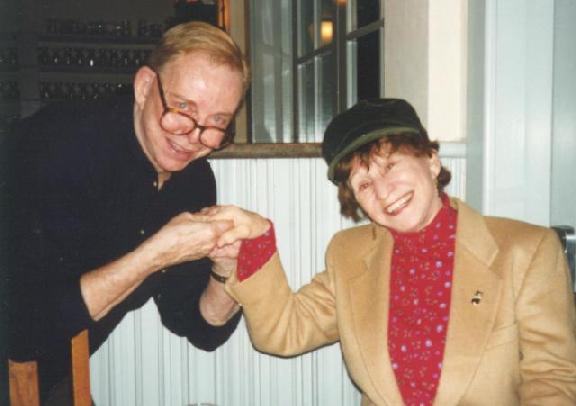 LOS ANGELES, California -- Alice Ghostley, the Tony Award-winning actress best known on television for playing Esmeralda on "Bewitched" and Bernice on "Designing Women," has died. She was 81.

Ghostley died Friday at her home in Studio City after a long battle with colon cancer and a series of strokes, longtime friend Jim Pinkston said.

Ghostley made her Broadway debut in "Leonard Sillman's New Faces of 1952." She received critical acclaim for singing "The Boston Beguine," which became her signature song.

Miles Kreuger, president of the Los Angeles-based Institute of the American Musical, said part of Ghostley's charm was that she was not glamorous.

In the 1960s, Ghostley received a Tony nomination for various characterizations in the Broadway comedy "The Beauty Part" and eventually won for best featured actress in "The Sign in Sidney Brustein's Window."

Ghostley's film credits include "To Kill a Mockingbird," "The Graduate," "Gator" and "Grease."

She was born on August 14, 1926, in Eve, Missouri, where her father worked as a telegraph operator. She grew up in Henryetta, Oklahoma.

After graduating from high school, Ghostley attended the University of Oklahoma but dropped out and moved to New York with her sister to pursue theater.

"The best job I had then was as a theater usher," she said in a 1990 Boston Globe interview. "I saw the plays for free. What I saw before me was a visualization of what I wanted to do and what I wanted to be."

She was well aware of the types of roles she should pursue.

"I knew I didn't look like an ingenue," she told The Globe. "My nose was too long. I had crooked teeth. I wasn't blond. I knew I looked like a character actress.

Ghostley, whose actor husband, Felice Orlandi, died in 2003, is survived by her sister, Gladys.