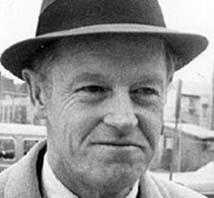 MIAMI -- E. Howard Hunt, who helped organize the Watergate break-in that led to the greatest scandal in American political history and the downfall of Richard Nixon's presidency, died Tuesday. He was 88.

Hunt died after a lengthy bout of pneumonia, according to his son, Austin Hunt.

The elder Hunt was many things: World War II soldier, CIA officer, organizer of both a Guatemalan coup and the botched Bay of Pigs invasion, and author of more than 80 books, many from the spy-tale genre.

Yet the bulk of his notoriety came from the one thing he always insisted he wasn't a Watergate burglar. He often said he preferred the term "Watergate conspirator."

"I will always be called a Watergate burglar, even though I was never in the damn place," Hunt told The Miami Herald in 1997. "But it happened. Now I have to make the best of it."

While working for the CIA, Hunt recruited four of the five actual burglars Bernard Barker, Virgilio Gonzalez, Rolando Eugenio Martinez and Frank Sturgis, all who had worked for Hunt a decade earlier in the Bay of Pigs Invasion.

All four also had ties to Miami, where part of the Watergate plan was hatched.

"According to street gossip both in Washington and Miami, Mr. Castro had been making substantial contributions to the McGovern campaign," Hunt told CNN in February 1992. "And the idea was ... that somewhere in the books of the Democratic National Committee those illicit funds would be found."

The idea was wrong, and the fallout escalated into huge political scandal.

Nixon resigned on Aug. 9, 1974. Twenty-five men were sent to prison for their involvement in the botched plan, and a new era of skepticism toward government began.

"I had always assumed, working for the CIA for so many years, that anything the White House wanted done was the law of the land," Hunt told People magazine for its May 20, 1974, issue. "I viewed this like any other mission. It just happened to take place inside this country."

The Hunt recruits and McCord were arrested June 17, 1972, at the Watergate office building. One of the burglars was found to have Hunt's White House phone number.

Hunt and fellow operative G. Gordon Liddy, along with the five arrested at Watergate, were indicted on federal charges three months later. Hunt and his recruits pleaded guilty in January 1973, and McCord and Liddy were found guilty.

In March 1973, McCord wrote a letter to the federal judge in his case, John J. Sirica, claiming perjury occurred and there was political pressure applied to the defendants to plead guilty and remain silent.

In a secretly recorded conversation that same month that became one of the key pieces of evidence of the White House cover-up, White House Counsel John Dean told Nixon that "we're being blackmailed ... Hunt now is demanding another $72,000 for his own personal expenses; another $50,000 to pay his attorneys' fees."

After some further discussion, Nixon said: "If you need the money, I mean you could get the money. ... I mean it's not easy, but it could be done."

Hunt eventually spent 33 months in prison on a conspiracy charge, and said he was bitter that he was sent to jail while Nixon was allowed to resign.

"I felt that in true politician's fashion, he'd assumed a degree of responsibility but not the blame," he told The Associated Press in 1992. "It wasn't my idea to go into the Watergate."

Hunt also was involved in organizing an event that foreshadowed Watergate: the burglary of the the office of the Beverly Hills psychiatrist treating Daniel Ellsberg, the defense analyst who leaked the Pentagon Papers, published in 1971.

Watergate was one of many wild tales � some true, some not � that followed Hunt through the final decades of his colorful life.

His alleged involvement in the purported conspiracy to kill President John F. Kennedy was among the most popular spy-esque stories Hunt was linked with. One theory, which still exists in the minds of some, was that Hunt was in Dallas on the day Kennedy was shot, that his image was captured in photographs from the scene.

"I was in Washington, D.C., on Nov. 22, 1963," Hunt wrote in a December 1975 letter to Time magazine, a note penned while he was incarcerated at Eglin Air Force Base's prison camp. "It is a physical law that an object can occupy only one space at one time."

Everette Howard Hunt was born Oct. 9, 1918, graduated from Brown University in 1940 and was commissioned as a Naval Reserve officer in Annapolis, Md. the following year. He served as a destroyer gunnery officer, was injured at sea and honorably discharged from the Navy.

From 1949 through 1970 he worked for the CIA, and was involved in the operation that overthrew Jacobo Arbenz as Guatemala's president in 1954, plus the failed Bay of Pigs invasion in 1961.

Hunt declared bankruptcy in 1997, largely blaming his Watergate fines and legal fees. A $650,000 libel settlement he was awarded in 1981 stemming from an article alleging his involvement in the assassination of Kennedy was overturned, and he never received any of that money.

Hunt spent his final years in a modest home in Miami's Biscayne Park neighborhood with his second wife, Laura Martin Hunt, and declined many interview requests from The Associated Press.

His first wife, the former Dorothy Wetzel Day Goutiere, died in a plane crash in 1982. Besides his wife, Hunt was survived by six children.

A memorial service was scheduled for Monday in Miami.