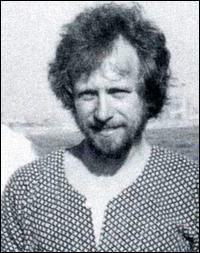 SAN FRANCISCO -- ''Sneaky'' Pete Kleinow, a steel guitar prodigy who rose to fame as one of the original members of the Flying Burrito Brothers, has died. He was 72.

Kleinow, who also worked in film as an award-winning animator and special effects artist, died Saturday at a Petaluma convalescent home near the skilled nursing facility where he had been living with Alzheimer's disease since last year, his daughter Anita Kleinow said.

During a musical career that spanned six decades, Kleinow helped define the country-rock genre in the late 1960s and 1970s by taking the instrument he had picked up as a teenager in South Bend, Ind., to California.

His prowess with the pedal steel guitar influenced a generation of rock-and-rollers, including the Eagles, the Steve Miller Band and Poco.

Besides co-founding the Burrito Brothers with the Byrds' Chris Hillman and Gram Parsons in 1968, he enjoyed a steady gig as a session musician, recording with such singer-songwriters as John Lennon, Jackson Browne, Linda Ronstadt and Joni Mitchell and bands as varied as the Bee Gees and Sly and the Family Stone.

Kleinow played and recorded regularly with Burrito Deluxe, a band he founded in 2000 following the rebirth of alt-country music and fronted until he was diagnosed with Alzheimer's. His last recording with the group is scheduled to be released next month, said Brenda Cline, the band's manager.

Kleinow also won acclaim as an animator, special effects artist and director of commercials in television and film. His credits ranged from the original ''Gumby'' series -- he wrote and performed the theme music as well as designed cartoons -- and the relaunched ''The Twilight Zone'' to the movies ''Under Siege,'' ''Fearless'' and ''The Empire Strikes Back.'' He won an Emmy award in 1983 for his work on the miniseries, ''The Winds of War.''

Kleinow is survived by his wife of 54 years, Ernestine, his daughters Anita and Tammy, and three sons, Martin, Aaron and Cosmo.

Plans for a memorial service to be held in Joshua Tree later this month are pending.