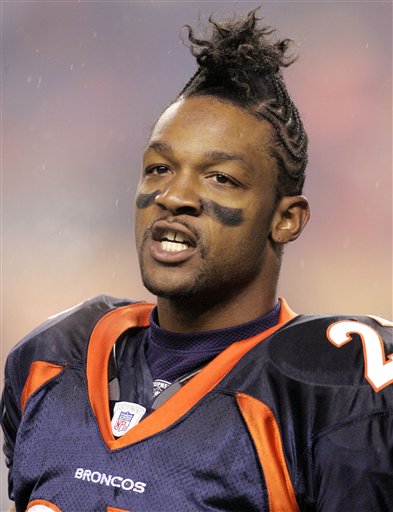 Team spokesman Jim Saccomano said police called him about 3 a.m. from the scene of the shooting and told him three people had been shot and that Williams, 24, had been killed.

A little after 2 a.m., a white Hummer limousine was sprayed with bullets from a vehicle that pulled along side, said Sonny Jackson, spokesperson for the Denver Police Department. (Watch to see the Hummer full of holes )

Three people in the limousine were hit and were taken to hospitals, where one man was pronounced dead, Jackson said. The other man and woman who were shot were not identified.

Jackson said police were searching for the attackers and interviewing witnesses.

"We have no motive yet," Jackson said. "We're hoping to talk with witnesses to find out where they were coming from, and that might give us some clues."

Saccomano said he spoke with coach Mike Shanahan and others in the organization.

Hours before the shooting, the Broncos lost to San Francisco 26-23 in overtime, eliminating them from the playoff race.

Williams finished the season with 88 tackles, 78 of them solo, and four interceptions.

On Sunday against the 49ers, he had three tackles and returned two punts for 50 yards before leaving the game with a shoulder injury late in the second half.

Williams, a second-round draft pick out of Oklahoma State in 2005, made an immediate impact on the Broncos, starting nine times in his rookie season following a stellar career at Oklahoma State, where he totaled 11 interceptions and scored three touchdowns on punt returns.

Players and coaches are off Monday. They were scheduled to meet Tuesday before heading home for the offseason.