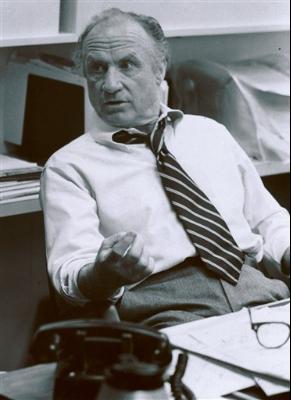 LOS ANGELES -- Jack Warden, an Emmy-winning and Academy Award-nominated actor who played gruff cops, coaches and soldiers in a career that spanned five decades, has died. He was 85.

"Everything gave out. Old age," Pazoff said. "He really had turned downhill in the past month; heart and then kidney and then all kinds of stuff."

Warden was nominated twice for supporting-actor Oscars in two Warren Beatty movies. He was nominated for his role as a businessman in 1975's "Shampoo" and as the good-hearted football trainer in 1978's "Heaven Can Wait."

He won a supporting actor Emmy for his role as Chicago Bears coach George Halas in the 1971 made-for-TV movie "Brian's Song" and was twice nominated in the 1980s as leading actor in a comedy for his show "Crazy Like a Fox."

Warden, with his white hair, weathered face and gravelly voice, was in demand for character parts for decades.

In real life, the former boxer, deckhand and paratrooper was anything but a tough guy.

"Very gentle. Very dapper," Pazoff said. "Most of them (actors) are pretty true to the characters that they play. He was one who was not."

Warden was born John H. Lebzelter in 1920 in Newark, New Jersey. He was still in high school during the Depression when he tried his hand at professional boxing under his mother's maiden name of Costello.

He had 13 welterweight bouts in the Louisville area before joining the Navy, where he was sent to China and patrolled the Yangtze River.

He also had jobs as a nightclub bouncer, a lifeguard and a deckhand on an East River tugboat.

In 1941, he joined the Merchant Marine. He served in the engine room as his ship made convoy runs to Europe.

"The constant bombings were nerve-racking below decks," he recalled.

He quit in 1942 and enlisted in the Army. He was a paratrooper with the 101st Airborne Division but shortly before D-Day broke his leg during a nighttime practice jump in Britain.

"They sent me back to the States," he recalled in a 1988 Associated Press interview. "I was in a hospital for nearly a year."

A fellow soldier who had been an actor gave him a play to read and he was hooked. He recovered enough to take part in the Battle of the Bulge and, after the war, went to New York to pursue an acting career.

He attended acting classes and did Tennessee Williams plays in repertory companies and moved on to appear in live TV shows such as the famed "Studio One."

During the 1950s his career flourished. Besides TV work, he appeared on Broadway in shows such as Clifford Odets' "Golden Boy" and Arthur Miller's "A View From the Bridge."

He had small roles in 1953's Oscar-winning "From Here to Eternity" and the submarine thriller "Run Silent, Run Deep," but his breakthrough role was Juror No. 7, a salesman who wants a quick decision in a murder case, in 1957's "Twelve Angry Men."

Over the years he had a number of recurring or starring TV roles. He was a major in "The Wackiest Ship in the Army"; the coach on "Mr. Peepers"; a coach again on the small-screen version of "The Bad News Bears"; detectives in "Asphalt Jungle," "N.Y.P.D." and "Jigsaw John"; and a private investigator in "Crazy Like a Fox."

His numerous big-screen roles included a news editor in 1976's "All the President's Men," Paul Newman's law partner in 1982's "The Verdict' and the president in the 1979 Peter Sellers movie "Being There."

His later roles came in Woody Allen's 1994 "Bullets Over Broadway"; Beatty's 1998 political satire "Bulworth" and the 2000 football movie "The Replacements."