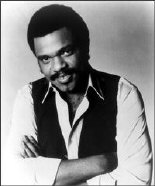 PHOENIX -- The great singer-songwriter and performer Billy Preston, the real "Fifth Beatle," has died after a long illness as a result of malignant hypertension that resulted in kidney failure and other complications.

As a result of a medical insult, he'd been in a deep coma since last November 21, but was still struggling to recover. He died at Shea Scottsdale Hospital in Scottsdale, Ariz., where he'd lived for the last couple of years.

Billy was called the Fifth Beatle because he played keyboards on "Let It Be," "The White Album" and "Abbey Road." He also played on the Rolling Stones' hit song "Miss You," and often played with Eric Clapton. He also did the organ work on Sly & the Family Stone's greatest hits.

Preston's own hits include "Nothing From Nothing," "Will It Go Round in Circles" and "You Are So Beautiful," which Joe Cocker turned into an international hit.

Preston was actually mentored by Ray Charles, and acts like Little Richard (see below), Mahalia Jackson and James Cleveland had a huge impact on him at a young age.

In the early '60s, Billy went to Europe with Little Richard who was playing in Hamburg. The Beatles were the opening act, and as the story goes, he was the one who made sure they got fed.

His friendship with them lasted through the 1960s and he was the first act signed to Apple Records, thanks to George Harrison. The resulting album is called "That's the Way God Planned It."

In 1971, Preston played in "The Concert for Bangladesh." Last year, in one of his final appearances, he performed at a reunion in Los Angeles for the release of the Bangladesh DVD with Ringo Starr and Harrison's son Dhani on guitar.

More recently, Billy can be heard on the latest albums by Neil Diamond and Red Hot Chili Peppers. He's also featured on the Starbucks soul album "Believe to My Soul," featuring Mavis Staples and Ann Peebles.

I had the good fortune to know Billy the last few years, and saw him perform — as chronicled in this column — last August at the Mohegan Sun Casino in Connecticut and last October at the Atlantis in the Bahamas.

He was one of those spectacular performers who put everything into his show, even though he had no working kidneys by then and was receiving dialysis. He was a warm, wonderful human being with a mile-wide smile. He was also a genius musician, the likes of whom we will not see again.

Rest in peace, Billy. You deserve it.